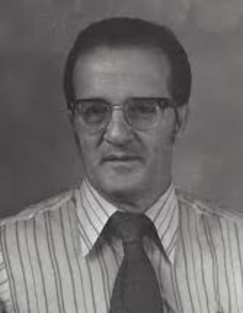 Arthur "Art" Bredice died peacefully in Legacy Pointe Nursing Home on November, 20th in Waukee, Iowa at the age of 89. Arthur is survived by his wife Wanda, daughter Beth (Lowell) Miller, son Bob (Susin) Bredice and grandchildren Lia Miller, Joshua Miller, Joe Bredice, Chloe Bredice, Maia Bredice and Alanna Bredice. He was preceded in death by his parents, Solideo and Nicolina, and siblings, Margaret, Adeline, Pat, Filomina, Fred, Arturo, Emilio, Arturo, Louis, Joseph and Francis. Arthur was born on December 27th, 1927 in Waterbury, CT to Solideo Bredice and Nicolina Ianantuoni Bredice. He Graduated from UCLA with a BA in Music Education, and earned a MA in Education from Pepperdine University. He taught instrumental music from 1959 to 1972 when he moved to the counseling office, where he remained until he retired in 1990. Arthur married Wanda Ann Wagner on September 7th, 1971. The couple raised their two children in Bellflower, CA where they resided until they moved to Waukee, IA in 2007. A member of the Connecticut Army National Guard, Arthur was called to active service during the Korean War. He was an accomplished musician, having performed professionally around southern California and with his brother’s band as a youth. In his free time, he enjoyed raising greyhounds, horse racing, fishing and traveling with his family. A memorial service is scheduled at Ernst Funeral Home on Wednesday, November 22nd at 10:00 AM with a viewing one hour prior, and followed by a burial service at the Iowa Veterans Cemetery in Van Meter, IA at 11:00. In lieu of flowers, please send donations to the Cure Alzheimer’s Fund at curealz.org or the Michael J. Fox Foundation For Parkinson’s Research at www.michaeljfox.org.

To order memorial trees or send flowers to the family in memory of Arthur "art" Bredice, please visit our flower store.
Send a Sympathy Card