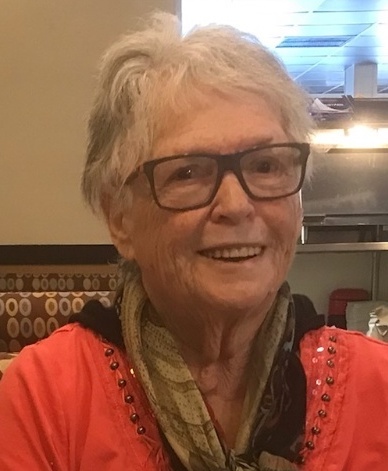 Barbara Ellen Irish passed away peacefully on February 7, 2021 in Des Moines, Iowa with her son Jason by her side. She was born December 12, 1936 in Sioux City, Iowa  to Charles and Rosie Tipton. She was the third of their five children.

Barbara worked as a bookkeeper most of her life until she retired in 1998. She lived the majority of her life in California where she loved the sunshine and warm weather.  She moved to Iowa in the summer of 2017 to be closer to her son Jason and his family. She was living independently with her dog Barney by her side until her passing.

Barbara had five children over a span of 19 years. Each of her children had their own interesting and unique experiences with her. She started out as a very young mother and always did her best. She loved her children and her family very much.

Barbara loved life and lived with no limitations. She loved road trips and was known to pack the car at a moment's notice and be off to visit family.  She loved to sew and took up quilting in her later years. She made so many quilts over the years that she had to start donating them to homeless shelters and children's homes.  Barbara was best known for her sense of humor and fried shelled tacos a.k.a. greasy tacos. She must have made thousands over the years.

She is preceded in death by her parents Charles and Rosie Tipton, her brother Art Tipton and sister Margie Hall, her daughter Michelle Irish and son Gary Irish, and grandson Daniel Chevalier.

She is survived by her brother Don Tipton and his wife Anita, her sister Millie Abraham, her daughter Connie Chevalier, her daughter Marcie Smith and her husband Scott, her son Jason and his wife Chandra, five grandchildren, Cheyanne, Matthew, Ryan, Caden and Brady, six great grandchildren, Chaynan, Julian, Anjolea, Elizabeth, Carlie, Bailey and many nieces and nephews.

Barbara will be greatly missed.

To order memorial trees or send flowers to the family in memory of Barbara Ellen Irish, please visit our flower store.