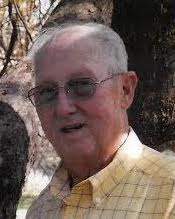 Bill was born on February 17, 1939 in Waukee, IA to George C. Jones Jr.  and Lucille (Manders) Carroll.  He grew up in Waukee and graduated from Waukee High School in 1957.  Bill married Mary Wilcox on April 25, 1959 at the Waukee Christian Church. Together they had three children and raised them in Des Moines.  His love for woodworking led him to a career at Paxton Lumber, Payless Cashways and Moehl Millwork, where he retired as a cabinet designer.

Bill enjoyed dancing with Mary, camping, fishing and doing woodworking for others.  He loved spending time with his wife and family, especially his grandchildren. He attended every activity of theirs that he could, including baseball, softball, basketball, volleyball, soccer, gymnastics, dance, baton, musicals, band, orchestra, and vocal concerts.   Bill also had a love for the Iowa State Fair. Bill and Mary camped annually at the fair for 35 years.

Bill was a wonderful husband, dad and grandpa.  He was a kind, caring, and loving person.  He will be deeply missed but will forever be in our hearts.

To order memorial trees or send flowers to the family in memory of Bill Lee Jones, please visit our flower store.