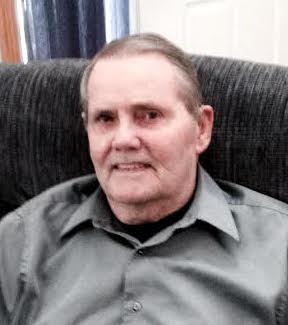 Byron Ray Tate, who was born on July 3, 1939 in Dimmitt, Texas to Giles and Una Faye (Covington) Tate, passed away from complications of pneumonia at the age of 81 on Friday, April 9, 2021 at Lutheran Medical Center in Des Moines, Iowa.

In his younger years, Byron excelled at football and was named 1st Team All-District (Tackle). He would later go on to graduate from Dimmitt High School.

Byron married the love of his life, Mary Van Doern in Dimmitt, Texas on May 2, 1959.  Together they resided in Dimmitt, Amarillo and Abilene, Texas and Arizona before finally settling in Urbandale to be near family.  For most of his working career, Byron was a salesman for electrical supplies.

Byron enjoyed puzzles, trains, camping and traveling (especially being a snowbird in Arizona).  He loved rooting on his favorite team, the Denver Broncos, and also the Dallas Cowboys. Byron and Mary were members of Des Moines Church of Christ.  He adored his family and enjoyed spending time with his grandchildren.

Byron is survived by his loving wife of 61 years Mary Tate of Urbandale; children Sabrina (Wendell) Strong of Urbandale and Brent (Stacey) Tate of Lincoln, NE; grandchildren Justin (Amanda) Basteen of West Des Moines and Riley Tate of Madison, WI and two great-grandchildren Austin and Lilia Basteen of West Des Moines.  He is also survived by brother Boyce Tate of Houston, TX; and sisters Lorene Brazell of Lawrence, KS ad Gaynell Eubanks of Lithia, GA.   He was preceded in death by his parents and an infant son Gary Ray Tate.

A memorial service will be held Friday, April 23, 2021 at 2:00 p.m. at Ernst Funeral Home, Waukee.  The use of a personal face covering and physical distancing is requested.  In lieu of flowers, please send memorials to: The YMCA Supportive Housing Campus, 2 SW 9th Street, Des Moines, IA 50308.

To order memorial trees or send flowers to the family in memory of Byron Ray Tate, please visit our flower store.
Send a Sympathy Card