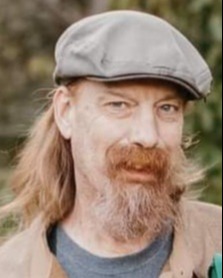 Chad was a sunshiny little boy with a big heart.  His non-judgmental attitude and his compassion for others was extraordinary.  He was always ready to step up and help others when needed.

Chad had an enormous music collection and his especial favorite was the Grateful Dead.  His musical  knowledge was encyclopedic and impressive.  The poetry, the music, and the feelings it invoked were important to him.  He was present at many major concert venues.

Chad was also an amazing cook.  The meals he made for his family will be greatly missed.  He was known for his smoked brisket and homemade pasta dishes.  He was always happy to share his knowledge of cooking and techniques and his sons have also acquired that knowledge.

Chad started his career at Advanced Materials Processing in Lincoln, Nebraska, where he learned a vast amount about the computer programming involved in industrial laser cutting machines and components.

In support of his young wife, he along with their first son, Tyler,  lived in Monterey, California and he worked as a landscaper for a family friend.  North Bay Industries employed many disabled workers and Chad supervised five crews which increased his compassion for people less fortunate than himself. Chad loved living in that part of California and it was a very important part of his life and outlook.

After a short stint in Texas, the family was transferred to Ft. Meade in Maryland.  His second son, Ash, was born there.

Chad's many welding and mechanical skills were put to good use at the Baltimore Aircoil Company. He loved being challenged by the skills required with the different kinds of welding and industrial operating equipment.  His mechanical ability was phenomenal.

Right after Chad's move to the Des Moines area he worked several different jobs; most notable being manager of Belwood Cafe.  In addition to his mechanical skills Chad was a gifted cook and took his managerial skills seriously.

Chad remarried and welcomed his third son Wade.  He was very proud of his sons and his parenting skills were laid back and relaxed.  His sons idolized their father.

Chad had a long career at Quality Manufacturing in Urbandale until 2017.

Chads own summary of his skills states;  A hard-working and detail-oriented welder who is self motivated and dependable.  I look for ways to improve my own efficiency and that of my department.  Possess a “can-do” attitude and do whatever is necessary to achieve goals and meet objectives.  Being a practical and resourceful worker, I can find ways to make anything work and utilize my creativity on solving problems.  As a team-oriented individual, I function well as a member of a team or independently with minimal supervision.

From “Truckin” by The Grateful Dead

Sometimes the light's all shining on me

Other times I can barely see

Lately it occurs to me

what a long strange trip it's been

Whoa-oh, baby, back where I belong

Back home-sit down and patch my bones

and get back Truckin' on

Chad is loved beyond all feeling,  missed with a grief beyond all tears.

A Gathering of Family and Friends will take place on January 15, 2023 at 2:00 p.m. at Jester Park Lodge (11121 Jester Park Drive, Granger, IA 50109) where there will be an afternoon of sharing Chad's life and love of his family.  Due to an immunocompromised member of the family, we appreciate your concern for their health if you cannot attend due to illness.  In lieu of flowers, memorials may be directed to the family, via Ernst Funeral Home, PO Box 986, Waukee, IA 50263, for the grandchildren's educational fund.

To order memorial trees or send flowers to the family in memory of Chad Totten Christenson, please visit our flower store.