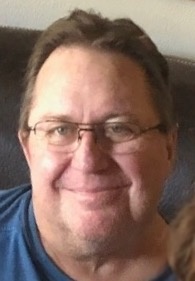 A Celebration of Life for Cris Aldrich will take place on Saturday, September 19 th , at Pearson
Park (1256 19th St) in West Des Moines. The event will be at a covered picnic shelter from 1:00
to 3:00 pm. Attendees are welcome to bring lawn/bag chairs due to the limited number of picnic
tables and also to assist with social distancing.
Christopher Thomas Aldrich was born in Des Moines, Iowa, to Jon and Sara (Hendricks) Aldrich
on April 14th , 1963. He passed away peacefully on Thursday, March 19th , 2020, at the Suncoast
Hospice Community Center in Palm Harbor, Florida, at the age of 56.
Cris lived with his parents and siblings in Des Moines before moving to Waukee in 1970. He
was in choir and participated in sports including track, basketball and football. He was a
member of the National Honor Society and graduated with the Waukee High School Class of
1981. Cris attended Iowa State University and received his Civil Engineering Degree. He began
his own business, Aldrich Engineering, in the spring of 1996. He was a well-respected civil
engineer and land surveyor in central Iowa for many years.
Cris and Janell A. Williams were united in marriage at Palisades-Kepler State Park on May 26 th ,
1990. They were blessed with two sons, Thomas and Samual. The family lived in Woodward
before moving to rural Granger where they lived for almost 20 years. They were members of the
Saylorville Yacht Club and liked sailing their boat, Pajama Pirate, with their boys. Cris and
Janell sold their Granger home in 2017 and moved to Dunedin, Florida. They enjoyed the
atmosphere, sunshine and many breweries and restaurants in Dunedin.
Cris is survived by his sons, Tom (Taylar Neighbour) of Ankeny and Sam (Wynter Jaques) of
Des Moines; brother, Steve of Adel; sister, Diana (Mike) Haynes of Dallas Center; nephews,
Mike Rupp, Andy Haynes and Blake Haynes; in-laws, Julia & Brian Rupp, Jon Featheringill
and Ben (James Roy) Featheringill; and many other family members and friends. Cris was
preceded in death by his parents, his wife, and his nephew, Jacob Rupp.
Cris and Janell will be privately laid to rest together in the Waukee Cemetery, just north of where
Jon and Sara are buried.

To order memorial trees or send flowers to the family in memory of Christopher T Aldrich, please visit our flower store.