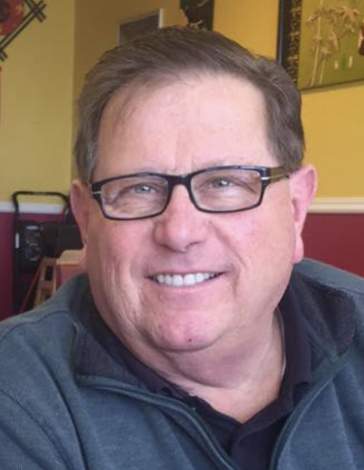 Cy was born on December 4, 1952 on a dairy farm in Delhi, New York to Cyrus W. and Sally (Shesniak) Schoonmaker. Growing up, he attended country schools and graduated in 1971 from Delaware Academy, where he played football, baseball, basketball, and ran track. During his childhood, he met many of his father’s political connections from New York and Washington D.C. He attended Stetson University in DeLand, Florida where he was a member and president of the Sigma Phi Epsilon fraternity. In 1981, Cy moved to Iowa where he began his lifelong career as a food broker. He recently celebrated 35 years with Advantage Solutions. He met his future wife, Ann Clare Lind, in 1982 and they were married on June 22, 1985.

Cy and Ann were avid travelers and made many friends across the world. On April 21, 1995, they welcomed daughter, Clare Ann, and son, Cyrus William. His family and children were the loves of his life.

He shared his love of sports with his children and friends, and attended multiple World Series games, Masters, and Final Four tournaments where he met countless athletes, coaches, and commentators. He will be remembered for never missing his children’s life events, big or small, and his love of bringing people together over delicious home-cooked meals. His personality and sense of humor could light up any room.

Cy was a wonderful husband and father who never missed a life moment for his children. He was loved and will be missed by many.

To order memorial trees or send flowers to the family in memory of Cyrus Schoonmaker II, please visit our flower store.