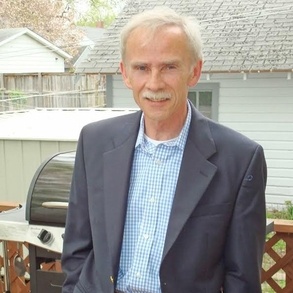 Dan Loftus was born Daniel Anthony Loftus on January 20, 1948 in Cincinnati, Ohio, son of Louis and Virginia Loftus. Dan, his parents, and four brothers and one sister were very active in the Saints Peter and Paul Catholic Church in Norwood, Ohio. Dan graduated from Purcell High school in 1966 and University of Cincinnati in 1970.

Dan enjoyed participating in a variety of team sports and loved umpiring baseball through the Queen City Umpires Association for nearly ten years. After obtaining his degree, Dan pursued a career at Cincinnati Bell as a systems analyst for several years, but then took a leap of faith to leave the business world to pursue his dream of becoming a professional radio announcer.
Dan’s radio career blossomed in the city of Hamilton in southwestern Ohio. As the morning radio announcer at WMOH, he became a local legend on the top 40’s station that featured him as a true radio personality. Dan Loftus was known throughout the region for his personality and dry sense of humor; he was always good-natured, personable, and affectionate and appreciative of the world around him.
Dan married Rebecca (Becky) Simer in Hamilton, Ohio in 1977 and became the very loving and proud father of two daughters: Sara Elizabeth Harrington (John) and Lisa Marie Loftus Fowler (Andy). Dan continued his radio career at KFOR in Lincoln, Nebraska and then KJJY in Des Moines, but eventually returned to a very successful business career at AT&T, in order to best provide for his daughters.

Dan was known for his gentle and humorous demeanor and his largely selfless dedication to his daughters, his church, and his community. He was very involved in Plymouth United Church of Christ in Des Moines, serving in roles such as deacon and chair of the Homeless Assistance Team. He served on the Board for the Central Iowa Homeless Shelter and Services and worked tirelessly as an advocate for the homeless. After his retirement from AT&T, he enjoyed ushering for Iowa Cubs baseball games and for sporting and music events at Wells Fargo Arena in Des Moines, where he made friends from all over the state while watching sporting events and concerts.

In addition to his two daughters that were the pride and joy of his life, he leaves behind five beloved and treasured grandchildren: Jack Henry, Elizabeth Grace, and Margaret Mary Harrington; and Ari Sebastian and Zeke William Fowler. Dan is also survived by his brothers Bob (Jo Ann), Gerry (Peggy), Tom (Kay), Terry, and Mary Jo Frost (Charlie); as well as an exceptional clan of nieces and nephews. He is preceded in death by infant brother Louis Loftus, Jr. and his parents Louis and Virginia.


Dan passed from this life peacefully on September 22, with his daughters at his side. His life will be celebrated in a service at Plymouth Congregational Church in Des Moines on Thursday, September 27 at 11 am; interment will follow at Glendale Cemetery. All are invited and welcomed to a reception with light lunch following the interment at Witmer House, 2900 Grand Avenue in Des Moines.

In lieu of flowers, donations in Dan’s honor are appreciated to his favorite organization: Central Iowa Shelter and Services, www.centraliowashelter.org.

To order memorial trees or send flowers to the family in memory of Daniel Anthony Loftus, please visit our flower store.