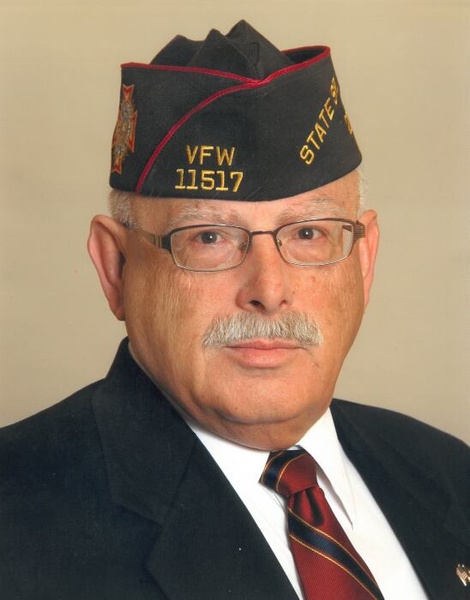 Danny Lee White, who was born to Leo and Leah (Acree) White on February 10, 1949 in Creston, IA passed away at the age of 71 on Thursday, November 19, 2020 at the VA Medical Center in Des Moines, IA.  A visitation will be held Monday, November 23, 2020 from 5 to 7 p.m. at Ernst Funeral Home and due to the Govenor's recent COVID-19 restrictions, face masks, social distancing and a 15 person capacity at a time will be in place.  We appreciate your patience and expedited visit during visitation hours.  A memorial service will be held Tuesday, November 24, 2020 at 11:00 a.m. at the Immanuel Lutheran Church, Waukee. (Face masks and social distancing required).  Danny's service will be live-streamed and can be viewed at www.ilcwaukee.org.  Committal with military honors will be held Monday, November 30, 2020 at 11:00 a.m. at Iowa Veterans Cemetery.

Danny was an only child who attended a one room country school up until the 4th grade. He was active in 4-H, FFA debate team and wrestling during his youth and went on to graduate in 1968 from Griswold High School before enlisting in the U.S. Army on January 24, 1969.  He selflessly volunteered for jump school and served in Vietnam.  He proudly served his country until April 21, 1978 when he left the military as an E6.  On November 28, 1970 in Dexter, Iowa, Danny went on to marry the love of his life, Beverly Ann Patience.

Danny was involved in law enforcement most of his life.  He spent time with the Winterset Police Department and Madison County Sheriff's Department before becoming a Private Investigator.  In 1989, Danny accepted a position with the Waukee Police Department where he remained until his retirement in 2011.  In 2000, he led the way in reactivating Waukee VFW Post #11517 and served as Post Commander and eventually serving as District Commander and State Commander from 2012-2013.  Danny was also part of the Civil Air Patrol and in his free time, he enjoyed guns, motorcycles and classic war movies.

Danny is survived by his loving wife Beverly of Waukee; son Lewayne (Rebbecca) White of Johnston; daughter Joyanna (Gregory) Munsterman of West Des Moines and grandchildren Dagan, Aislyn and Elora White and Athena and Gabrielle Munsterman.  He was preceded in death by his parents.

To order memorial trees or send flowers to the family in memory of Danny Lee White, please visit our flower store.