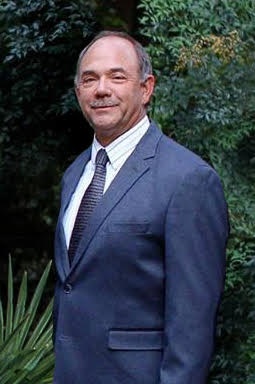 David (Dave) Moles died at home on March 3, 2021, of the brain cancer glioblastoma multiforme, twenty months after diagnosis. Dave was born on May 28, 1957, in Des Moines, Iowa, and was adopted as an infant by Marvin Robert Moles, M.D., and Jane Susan Woodburn Moles. He attended schools in Newton IA, graduated from Newton Senior High School in 1975, and lived and worked in the area for much of his life. He earned his AA degree in Business from Des Moines Area Community College, and worked for the Maytag Company for 30 years, finishing as a Tool & Die Journeyman when he retired in 2008. Dave then worked for the YMCA in Waukee, Healthy Living in West Des Moines, and downtown Des Moines facilities in building facility and equipment management. He retired from the YMCA in 2019.

He was baptized and confirmed at the First Presbyterian Church in Newton, Iowa, served as an Elder, and served as a volunteer leader accompanying church teen volunteers on several of their Work Week trips. He enjoyed swimming from an early age, participating in swim teams through the YMCA, summertime AAU, high school, and Iowa Masters, winning several medals in the Iowa Games. Dave’s love for the pool led him to stints as a swimming instructor and eventually several seasons as head coach for the Newton YMCA swim team. He played baseball and football during his school years, and enjoyed golf. Dave’s lifelong passion for being on the water was on display during numerous lake trips to Minnesota and Missouri, where fishing, waterskiing, were essential to him, and family time was paramount; he also traveled with his mother, siblings and spouses on cruises to Alaska, the Caribbean several times, Ireland and Atlantic passage, and the Danube River.

Dave kept busy all of the time with home and garage renovation, most recently rebuilding a 1940 Ford pickup. Dave was a sports fan throughout his life, with his Iowa Hawkeyes and Chicago Cubs always near and dear to his heart. Closer to home, Dave found great joy in watching – and sometimes coaching – his kids and grandkids in their various athletic activities.
Dave developed a passion for music in his youth, when he played clarinet and became a skilled piano player. Later, he shared his love of music with Jackie and throughout their time together they were a constant fixture at all the big classic rock shows in Central Iowa.

Dave’s love for his family was on display every day of his life, and his love for Jackie shined especially bright for all to see; a testament to the once-in-a-lifetime partnership they shared. Dave’s joy in being a father and grandfather is reflected back in kind, evident in the nickname they had for their Dad and Grandpa Dave: The G.O.A.T…. the greatest of all time. Dave shared a uniquely close bond with his three siblings, both throughout their lives and during his final moments. A more optimistic, encouraging, caring man would be difficult to find. We were blessed to be a part of his family and life, and he is so missed.

Due to COVID-19 concerns, services will be private and available for viewing via live-stream starting on Thursday, March 18, 2021 at 1:00 p.m., or anytime thereafter, at: www.facebook.com/ernstfuneralcremation.  Memorials may be directed in Dave's memory to MayoClinic.org/cure, UnityPoint Hospice (11333 Aurora Avenue, Urbandale, IA 50322) or First Presbyterian Church of Newton (220 N 2nd Avenue E, Newton, IA 50208).

To order memorial trees or send flowers to the family in memory of David Eugene Moles, please visit our flower store.