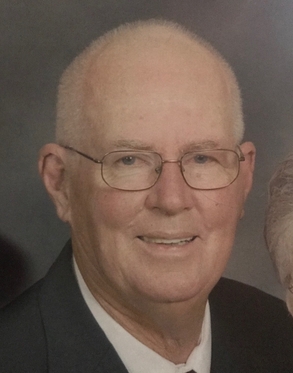 Donald Robert Burns, Jr, 81, of Marshalltown, formerly of Adel, passed away on December 1, 2017 at the Iowa Veterans Home in Marshalltown. A memorial service will be held Monday, December 11, 2017 at 1:00 p.m., with visitation beginning one hour prior at 12:00 p.m., both at Ernst Funeral Home. Interment to follow at the Iowa Veterans Cemetery.
Don was born to Donald and Arline (Wiswell) Burns, Sr. on November 12, 1936 in Detroit, Michigan. He married Norma Koolmo in 1961, and from this union, four children were born. He worked for United Airlines in Grand Rapids, MI until 1980 when moved his family to Iowa where he continued to work for the airline at Des Moines International Airport. In 1984 he made Adel home until he retired from the airline after 30 years of service. In 2005 he moved to Sun Lakes, AZ where he lived until moving back to Iowa in 2013 to be closer to family after suffering a stroke the year before. In June of 2014, he moved to Marshalltown and resided at the Iowa Veterans Home until his passing.
Don was an active member of the Lion's Club in Michigan, Iowa and Arizona. He enjoyed camping, bowling, golfing and taking RV trips. After retiring from the airline, he remained busy mowing for the local golf courses and driving a school bus in both Adel and Sun Lakes. He continued to enjoy being out of doors as a groundskeeper for a local housing development in Sun Lakes.
Don is survived by his children: Monica (Mike) Morgan of Ankeny, Robert Burns of Adel and Sarah (Chris) Tollari of Adel and ten grandchildren Kylie Morgan, Kolby Burns, Kurtis Burns, David Morgan, McKennzie Burns, Carter Morgan, Olivia Tollari, McKenna Burns, Mason Tollari and Aniston Tollari. He was preceded in death by his parents and son Donald R. Burns III.
In lieu of flowers, memorials may be directed towards the family to assist with funeral expenses.

To order memorial trees or send flowers to the family in memory of Donald Robert Burns Jr., please visit our flower store.
Send a Sympathy Card