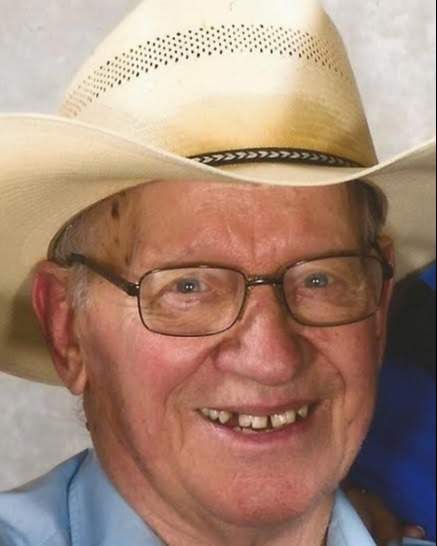 Donald Barnes Clark, Ankeny, Iowa, was beloved by his family and was a friend, mentor and resource to many throughout his life from 9/12/27 to 8/17/22.  Don was born in Sioux City, Iowa, as the youngest of Frank and Alice Clark’s four children, including Elise Wadlow, Frank Clark and James Clark, all of whom have predeceased him.  The family later lived in Kansas City, Kansas, and Cedar Falls, Iowa, where he was a 1945 graduate of Cedar Falls High School.  From 1945 to 1947 he served in the United States Army, training at Fort Riley in Kansas and then serving in Occupied Japan.

He returned to the Cedar Falls/Waterloo area and was employed by Rath Packing Company, while also transitioning from a youth who loved riding horses to becoming known as a horse trainer throughout Eastern Iowa and surrounding areas.  He joined the American Quarter Horse Association (AQHA) and its Iowa affiliate (IQHA) as they formed in the early 1950’s.  He later served as Director of each organization, President and Vice President of IQHA and held his AQHA judge’s card for 30 years while judging across the country.  He promoted the performance horse aspect, made AQHA Champions and stood for friendships among competitors and the welfare of the horse.  Don enjoyed watching his children and grandchildren compete, and lent support to his wife, Beverly, as she earned the title of AQHA Superior All-Around with Easter Setty as an Open competitor.  He initiated a group to form The Iowa Ranch Horse Association in 1999/2000.  Don later ushered the AQHA Ranch Horse classes into prominence by encouraging AQHA to adopt a new class into its show format.

Don’s involvement with the equine industry resulted in his induction into Hall of Fame honors with:  Knights of Columbus, Waterloo; Iowa State Fair Horsemen’s Hall of Fame; Block and Bridle Horse Show; Iowa Quarter Horse Association; and Iowa Horse Council.  But, not to be overlooked is the everyday effort he took to afford to feed his passion through a 60-year career as a cattle buyer.  He bought for several of the Midwest’s beef companies and independently, as he and his family lived in the communities of Cedar Falls, Jefferson, and Ankeny, Iowa.  Keeping family close through reunions, visits and phone calls was always important to Don.  His nieces and nephews Pat, Sandy, Clark, Mike, Teri, Pam, Tony, Carol Ann and Jimmy remained close, and he helped many of them find perfect horses.  His final days included visits and memories shared with his immediate family: wife Beverly Clark, son Barney (Kathy) Clark, daughter Karen (John) Dean, daughter Cathi (Dave) Luett and granddaughters Shannon (Tim) Gillespie and Dylana Luett.  Family services were held.

To order memorial trees or send flowers to the family in memory of Donald Barnes Clark, please visit our flower store.