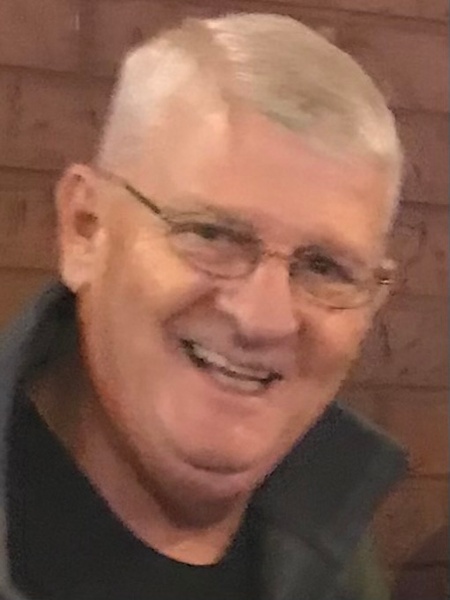 Edward Jack Carder was born March 19, 1957, in Shinnston, West Virginia to Robert Loudin Carder and Roxie Elaine (Hurst) Carder. He passed away at the age of 64 at his home in Palmetto, Florida with his wife, Darleen by his side on July 19, 2021.

Known as Jack, he graduated from Admiral King High School in Lorain, OH in 1975. He then went on to honorably serve in the United States Navy from 1975 to 1977. Before his time in the U.S. Navy, he married his high school sweetheart, Darleen (Bylicki) Carder. Unfortunately, they parted ways shortly after but in 2016, Darleen and Jack found love once again. They were married on May 5, 2018 in a beautiful beach ceremony surrounded by their loved ones.

Residing in the Des Moines area since 1982, Jack’s passion fell n carpet cleaning and restoration. Upon retirement in May 2018, Jack moved to Florida during winters and returned to one of his favorite places, Cutty’s Campground in Grimes, to enjoy his summers. During his life, he enjoyed golfing, traveling, cooking and watching Iowa Hawkeye football games. Jack was always the life of the party, happy to entertain and make everyone laugh.

The family welcomes everyone to celebrate Jack’s life on Monday, August 2, 2021 at Ernst Funeral Home in Waukee, IA. Visitation will be from 10:00  to 11:00 a.m. with a prayer service to follow at 11:00 a.m. Upon completion of the service, there will be a public burial ceremony at the Iowa Veterans Cemetery in Adel, IA at 12:30 p.m. with full military rights to honor Jack’s selfless service in the United States Navy.  Following, the family will be welcoming all who wishes to attend a luncheon at Cutty’s Campground Clubhouse from 1PM-4 PM. In lieu of flowers, donations can be directed to Darleen Carder.

To order memorial trees or send flowers to the family in memory of Edward Carder, please visit our flower store.