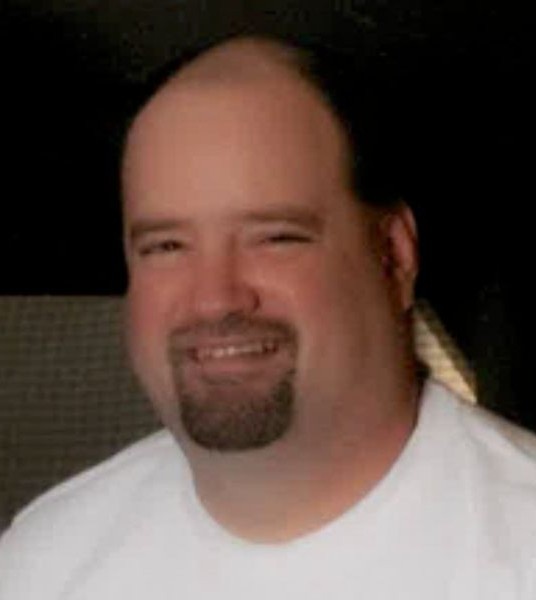 Eric was born in Knoxville, IA, growing up in the Melcher-Dallas area and graduating in 1986. After graduation, Eric enlisted in the United States Navy and served on the USS Saratoga. While in the Navy, Eric earned a Navy Unit Commendation, Southwest Asia Service Medal, National Defense Service Medal, and a Kuwaiti Liberation Medal. After leaving the Navy, he completed his bachelor’s degree from William Penn University. Eric had a long career in IT spending the last 15 years working with good friends and coworkers at Banker’s Trust. You would often find Eric out watching trains, building his coin collection, bowling, and cheering on his beloved Hawkeyes. Eric loved spending time with his family and friends and treasured his time being grandpa to his grandson Owen. He was an active member of the Dallcher American Legion and Lutheran Church of Hope. Those that knew Eric the best, knew that he would always put others before himself.

Eric is survived by his wife, Kelli(Schwaderer), his mother Angela Warner(Gotta), his children: Allison Morton(Matt) and Nathan Joy(Ashley), sister Jill Benz(Eric), grandson Owen Morton, and many nieces, nephews, and many great friends. Eric was preceded in death by his father Don Warner, father in law Bill Schwaderer, and brother in law Mark Schwaderer.

Visitation will be Monday, October 11, 2021 from 10:00 a.m. to 11:00 a.m. and funeral services will follow at 11:00 a.m. at Lutheran Church of Hope in West Des Moines. Service will be live-streamed and can be viewed at https://hopeonline.tv/specialevents
A celebration of life luncheon will follow at the conclusion of the service. A private family burial will take place at a later date.

In lieu of flowers, memorial donations may be made in Eric’s memory to the Dallcher American Legion Post #632 or to the Lutheran Church of Hope.

The Warner family would like to thank the wonderful doctors, nurses, and staff of Fusion Foot and Ankle, Fresenius, and Mercy One that took wonderful care of Eric.

Ernst Funeral & Cremation Services of Waukee has been entrusted with Eric’s final arrangements.

To order memorial trees or send flowers to the family in memory of Eric Warner, please visit our flower store.