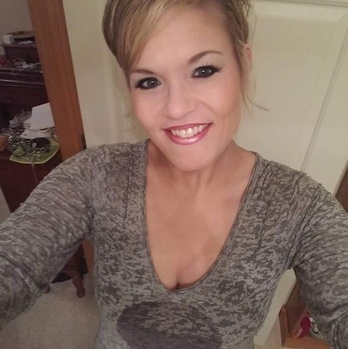 Erin Kathleen Smith, loving mother of Sammy Kaye Smith III (Trey) and Cameron Jean Smith, went to be with the Lord October 31, 2016. Erin was a licensed massage therapist; first owning her own business and most recently working for a day spa. Born in Lubbock, Texas on January 29, 1974 and growing up in Southern California, Erin always loved the outdoors and had a connection with nature and healing. Erin was preceded in death by a sister Jenny, grandparents Vince and Mildred Stanley and Richard and Jean Bayers, step-mother Connie Bayers and step-grandmother Velma Robison, uncle Bill Stanley and beloved great-grandmother Leila Leigan.

Along with Trey and Cameron, her mother Jodi Sutton, father Jim Bayers and his wife Kathy, sister Amy Cargulia and husband Ron, sister Deena Schrein and husband Greg, brother Damon Bayers and wife Heather are all left to mourn her passing. She is also survived by nephews Cole Cargulia, Ben Schrein and Zachary Sanders, nieces Lilly Schrein and Madeline Bayers, and uncle John Bayers and his wife Shirley. Her family is joined in their mourning by her life-long friend Kari Perez.
A visitation celebrating the life of Erin will be held Saturday, November 5, 2016 from 3:00 to 5:00 p.m. at Ernst Funeral Home in Waukee. Inurnment will take place at a later date at the Waukee Cemetery. In lieu of flowers, memorials can be directed in Erin's memory to: Your Life Iowa, a suicide prevention organization, at www.yourlifeiowa.org or can be mailed via Ernst Funeral Home, c/o Erin Smith Memorial, PO Box 986, Waukee, IA 50263.

To order memorial trees or send flowers to the family in memory of Erin Kathleen Smith, please visit our flower store.