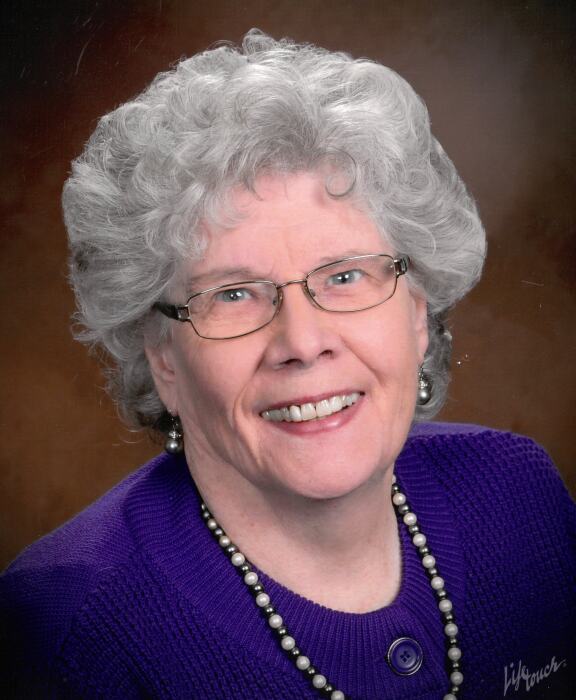 Frances Prueitt died June 17, 2020 surrounded by family. She was born as Frances Ann Worth on July 15, 1930, daughter of Boyd and Stella Worth on their farm near Monroe, Iowa. The family along with her brothers, Robert and Wayne, raised and milked registered Jersey cattle. She was active in her church, basketball, 4-H and attended American Legion Auxiliary Girls State in 1947. She was educated in a one-room Union Valley school house and graduated from Monroe High School, where she was valedictorian in 1948.

She attended Iowa State University and earned bachelor of science degrees in Food & Nutrition and in Dietetics. She met the love of her life at Iowa State and on June 29, 1952, she married Neil Elwin Prueitt of Glidden, Iowa. While raising her family, Frances taught Home Economics in Iowa and Missouri.

In 1973, she returned to work as a dietary supervisor at Iowa Methodist Hospital and became a Registered Dietitian. She received a Masters in General Studies from Drake in 1981. Frances continued to advance her career, working at the Commission of the Aging and Director of Dietary at the Woodward Resource Center.

Frances was widowed in 1989 and continued to work, retiring in 1998.  She was active in retirement; playing bridge, traveling, and quilting. She was extremely proud of her six grandchildren seeing them grow into successful, professional adults.  She was a 50 year member of the Order of the Eastern Star and American Legion Auxiliary.  She is a lifelong member of the United Methodist Church.

Frances was preceded in death by her parents, her husband, and brother, Wayne.  She is survived by her brother, Robert Worth, of Des Moines, five children, Carl (Janet) of Oldsmar, FL, Paul (Caryl) and Karen (Jerry) Ripperger both of West Des Moines, Ann, of Urbandale, and John (Jennifer) of Mt Prospect, IL, as well as 6 grandchildren and 1 great-grandchild, Rachel (Matt) Lunn and her son Nolan of Centennial, CO, Alexandra Prueitt of Atlanta, GA, Benjamin (Sarah) Prueitt of Savannah, GA, Rebecca Prueitt of Denver, Co, Capt. Megan (Andrew) Kwon, serving at Fort Benning, GA and Sarah Ripperger of Manchester, NH.

A visitation will be held Friday, June 19, 2020 from 9:00 to 10:30 a.m. at the Woodward United Methodist Church in Woodward, IA.  A graveside service will follow at 11:00 a.m. at the Woodward Cemetery.  Physical distancing and masks are requested at both.  Frances' service will be live streamed and can viewed starting at 11:00 a.m. on Friday, June 19, 2020 or anytime thereafter at Ernst Funeral & Cremation Services' Facebook Page.

To order memorial trees or send flowers to the family in memory of Frances A Prueitt, please visit our flower store.
Send a Sympathy Card