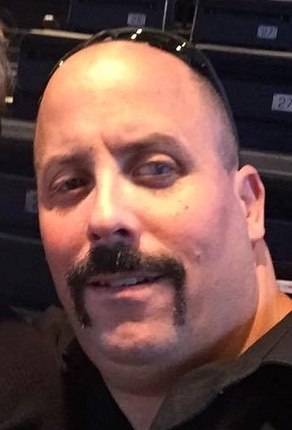 Francesco Joseph (Frank) Guerra, who was born on April 22, 1969 in Oceanside, New York, passed away on the morning of October 1, 2016 in Des Moines, Iowa. A visitation and viewing will be held Wednesday, October 5, 2016 from 4:00 to 7:00 p.m., with funeral services being held on Thursday, October 6, 2016 at 10:00 a.m., both at Ernst Funeral Home in Waukee.
Frank relocated from Freeport, New York to Waukee, Iowa in 1992. While in Iowa, Frank had served in many roles with several different civic organizations including the Lion’s Club, Optimist Club and the Waukee Volunteer Fire Department. Since 2012, Frank, through his love of beep baseball (a sport for those who are blind or low-vision), has been a part of the creation and success of the Iowa Reapers. The Iowa Reapers have been an affiliate team of the National Beep Baseball Association and have taken part in 4 of the last 5 beep baseball World Series tournaments.
Frank is survived by his loving wife Tina; beloved children Frankie and Gia; daughter Marissa Guerra; brother Stephen Guerra; parents-in-law Charlie and Kay Williams and brother-in-law Curt Williams. He was preceded in death by his parents Frank and Stephanie Guerra and an infant child.
The Guerra Family would like to suggest, in lieu of flowers, that donations be made to Frankie and Gia's education fund or provide meals to the Guerra family. One can follow this link to provide a meal: https://www.mealtrain.com/trains/89e474 and one can contribute to Frankie and Gia’s Education Fund through any Wells Fargo location.

To order memorial trees or send flowers to the family in memory of Francesco "frank" Joseph Guerra, please visit our flower store.