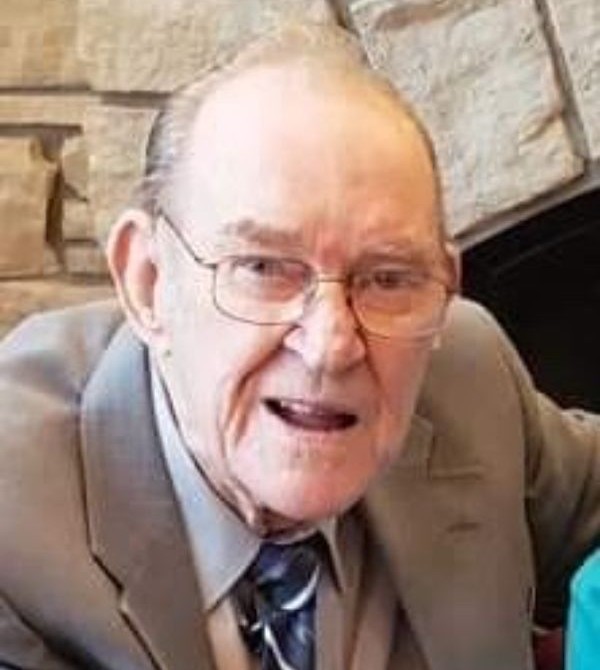 Robert Edward Lee Brelsford was born on January 19, 1929 in Miami, FL.  He was the youngest of three children (siblings Mary Louise and Roland) born to C.R. and Hester Brelsford.  Robert enjoyed spending time with his mother in her health food store, helping his father in construction, swimming at the beach and going to the movie house where he could see a movie with popcorn for a nickel. In 1943, Bob left home to attend Georgia Military Academy and would go on to graduate from the University of Oklahoma with a degree in Finance and Business (class of 1951).  He proudly and faithfully served his country from 1951 to 1955 in the U.S. Air Force.  Bob specialized in building supplies throughout his career which spanned from Omaha to Denver and finally Des Moines.

Robert and Glennice met on a blind date in Omaha in March of 1954 and were married six months later on September 5, 1954.  Robert happily shared the story of this blind date with everyone throughout his life! They were blessed with two beautiful daughters, Tari Sue and Amy Beth. Together they lived in Omaha and Denver before building their family home in Waukee in 1966, where they remained until moving to a retirement home in Johnston and eventually to McKinney, TX in 2020 to be near Amy and her family. What a blessing this special time together in Texas was as they enjoyed family time nearly every day, celebrated holiday traditions together and enjoyed the special treats frequently made for them by their granddaughters!

Robert and Glennice had a solid unwavering faith and were charter members of Immanuel Lutheran Church of Waukee (ground breaking in 1975) where they continued to serve in many roles for the next 40 years.  Their faith was also lived out daily at home through prayer, Bible reading, words and actions. Robert felt strongly about sharing love and strived to leave anyone he spoke with with a smile. They happily hosted dinner parties for friends and family and made each guest feel part of the family. Their love for Christ and being His hands and feet to others is a strong legacy for generations to come.

Traditional morals and manners were important to Glennice and she shared these with her granddaughters by taking them to the Younkers Tea Room annually, encouraging them in cotillion and sharing her values.  She enjoyed her Bible studies and rooting for Nebraska football.  Bob was active in the Lion’s Club, photography and cheering for Oklahoma football.  Together they enjoyed their many church activities, playing cards, traveling throughout the United States (focusing on national parks) with Glennice’s sister Arlene and Robert’s sister Mary Louise and spending the holidays with family in Nebraska; which created many wonderful and lasting memories.  Above all, family was near and dear to them both.  The love they had for their children, grandchildren, great-grandchildren and the Lord outshined anything else.

Robert and Glennice's visitation will be held Saturday, February 19, 2022 from 9:30 a.m. to 11:00 a.m. with a service to follow at 11:00 a.m. at Immanuel Lutheran Church, Waukee.  Luncheon reception to follow with interment following at Sunny Hill Cemetery in Grimes.  Memorial donations may be directed in Robert and Glennice’s memory to Immanuel Lutheran Church, 900 Warrior Lane, Waukee, IA 50263.

Ernst Funeral & Cremation Services of Waukee has been entrusted with Glennice's final arrangements.

To order memorial trees or send flowers to the family in memory of Robert Edward Lee Brelsford, please visit our flower store.
Send a Sympathy Card