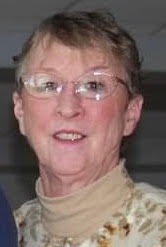 Iva grew up in Harmony, Arkansas.  She went on to proudly serve her country from 1970 to 1975 in the United States Air Force.  She married Christopher Knowles, and from this union, a son, Sean, was born.  Iva retired after 30+ years of faithful service with Blue Cross Blue Shield as a claims specialist.  She enjoyed gardening, crocheting, researching family genealogy and had a "soft-spot" for reality television.

Iva is survived by her son Sean (Kelsey) Knowles of Clive; grandchildren Caera (14) and Alex (10); brother Tom (Debbie) Duvall and numerous nieces and nephews.  She was preceded in death by her parents and husband Ed Adams.

Iva has been cremated, as to her wishes, and will be laid to rest in Arkansas at a later date.  Ernst Funeral & Cremation Services of Waukee has been entrusted with final arrangements.

To order memorial trees or send flowers to the family in memory of Iva Adams, please visit our flower store.