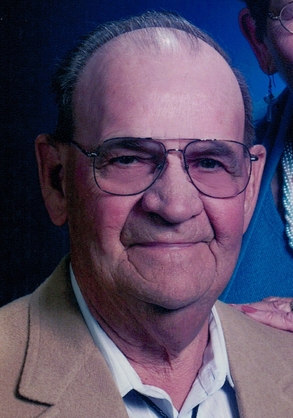 Ivan James Brown went to be with the Lord on August 21, 2018 at his home in Waukee, Iowa. Ivan was born on September 5, 1931 in Newton, Iowa to McKinley R. & Vera Lucile (Cook) Brown. He lived in Colfax, IA before moving to Truth and Consequences, N.M. for 21 years and eventually settled in Waukee, IA.

Ivan married the love of his life, Anne, on September 25, 1983 at the Little Brown Church in Nashua, IA. He worked 35 years as a Maytag Repairman and Office Manager for O’Callaghans. He proudly served his country in the United States Air Force.
Ivan enjoyed painting and building and flying model airplanes. He was an avid reader, especially anything by Louis L’Amour. He loved to travel and adored his family. After his death, Ivan was an Iowa Donor Network Participant, which through his donation, will help more than 50 individuals.
Ivan is survived by his loving wife Anne V. Brown; children Vicki (Andy) Hofmeyer, Randy Brown and Tony Brown; step-children Becky (Mark) DePhillips, Randy Grady, Rhonda (Tom) Failor and Brian (Kathy) Grady; 14 grandchildren and 23 great-grandchildren. He was preceded in death by his parents and daughter Paula Brown.

To order memorial trees or send flowers to the family in memory of Ivan James Brown, please visit our flower store.
Send a Sympathy Card