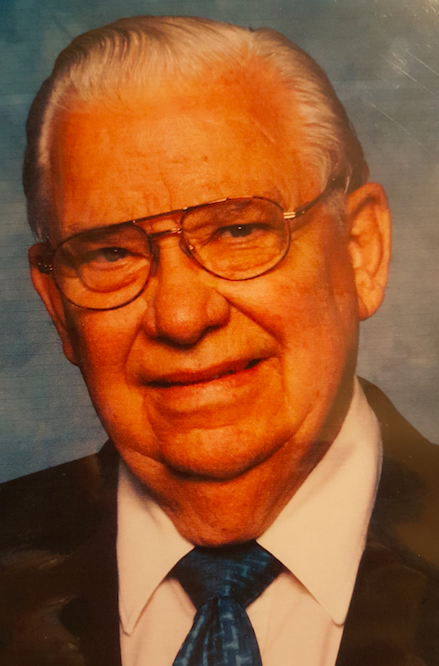 Jim married Doris Stroud in 1950 and started his married life as a farmer and later graduated from Baptist Bible College in 1963.  Jim moved to Des Moines and started New Testament Baptist Church where he ministered for over 50 years.  After Doris’ passing in 1989, Jim married Marjorie Eilander.

Jim was referred to as Pastor by many and was a stranger to no-one.  He shared God’s Message of Salvation not only to his church but to the many he mentored.  He guided many assistant pastors and associates through Iowa and all over the world.  Jim was a humble man and always willing to help anyone; often opening his home to missionaries or a friend passing through town.  He loved to laugh and tell a joke, sometimes forgetting the punchline, but we all laughed anyways.  Many times Jim could be seen out on a hot day mowing the church property in his suit.  He had a big heart for his church and his family was very important to him.  He loved being surrounded by his large extended family, many times gathered around the long kitchen table.

To order memorial trees or send flowers to the family in memory of James "Jim" W. Holmes, please visit our flower store.
Send a Sympathy Card