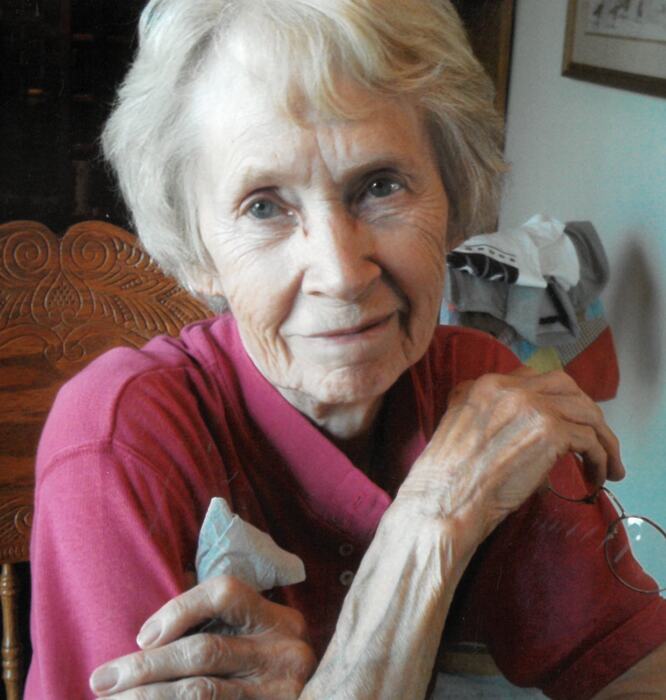 Jean Simpson Corrigan, 97, passed away peacefully on Sunday, July 4, 2021 at her home in Waukee. Jean was born in Ottumwa on March 19, 1924 and was the third of six children. As a child of the Depression years and later WWII, Jean learned the lessons of sacrifice, hard work and devotion to family.

Jean graduated from Ottumwa High School after which she worked as a telephone operator in Ottumwa. She married Donald Corrigan on September 5, 1947 and, after a few years, moved to Henrietta, New York where they raised a son and two daughters, before returning to Iowa in 1966.

The couple purchased an Independent Insurance Agency in Waukee which they operated together for many years. Jean and Don were long-time members of the Waukee United Methodist Church.

Jean remained strongly devoted to her surviving family; children Kevin (Jennifer) Corrigan, Kristen Corrigan and Janet Corrigan, all of Waukee; granddaughter Erica Corrigan, great-grandson Logan Cotto of Ames; grandson Ben (Becca) Corrigan and great-grandson Trey Corrigan of Muscatine. Jean was a very caring person. She always had a wave and a smile for all. She will be truly missed.

To order memorial trees or send flowers to the family in memory of Jean Corrigan, please visit our flower store.
Send a Sympathy Card