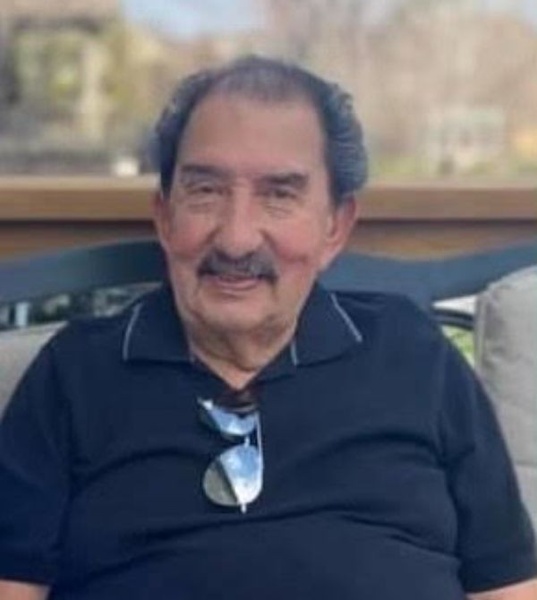 Jesse was born to Antonio and Mary (Aguillar) Escovedo on March 27, 1940 in Marysville, CA, and had a wonderful childhood spending time with his siblings Angelo, Tony, Josephine, Ruth, Molly, Frank, Vicky, Ray and Cecilia. He graduated from Marysville High School before attending law enforcement training. Jesse retired from the Yuba City Police Department after many years of dedicated service as a police officer. He went on to marry the love of his life, Carol Jacobs, on December 31, 1984. Jesse was a longtime California resident before moving to Iowa with Carol in 1997 to be closer to family.

Jesse had a passion for antique cars and the San Francisco 49ers. He loved reading mystery books, especially those by Clive Cussler. Jesse enjoyed tinkering on projects around the house, playing solitaire and free cell and was a master of telling “dumb dad jokes.” He adored his family and loved spending time with his grandchildren and attending their numerous activities.

Jesse is survived by his loving wife Carol of Waukee; daughters Sarah Escovedo of Orlando, FL and Stephanie Escovedo of Reno, NV; step-children Kevin Cahill of Des Moines, Jennifer (Anthony) Cospito of New Jersey, David (Anne) Cahill of Urbandale and Faith Yingling of Ohio; 10 grandchildren, one great-grandchild and numerous brothers and sisters. He was preceded in death by his parents.

Memorial donations may be directed to the Yuba City (California) Police Association in Jesse’s memory.

A funeral service will be held on Wednesday, January 26, 2022 at 1:00 p.m. at Ernst Funeral Home in Waukee. Interment to follow at the Fairview Cemetery, rural Winterset.

Ernst Funeral & Cremation Services of Waukee has been entrusted with Jesse’s final arrangements.

To order memorial trees or send flowers to the family in memory of Jesse Escovedo, please visit our flower store.