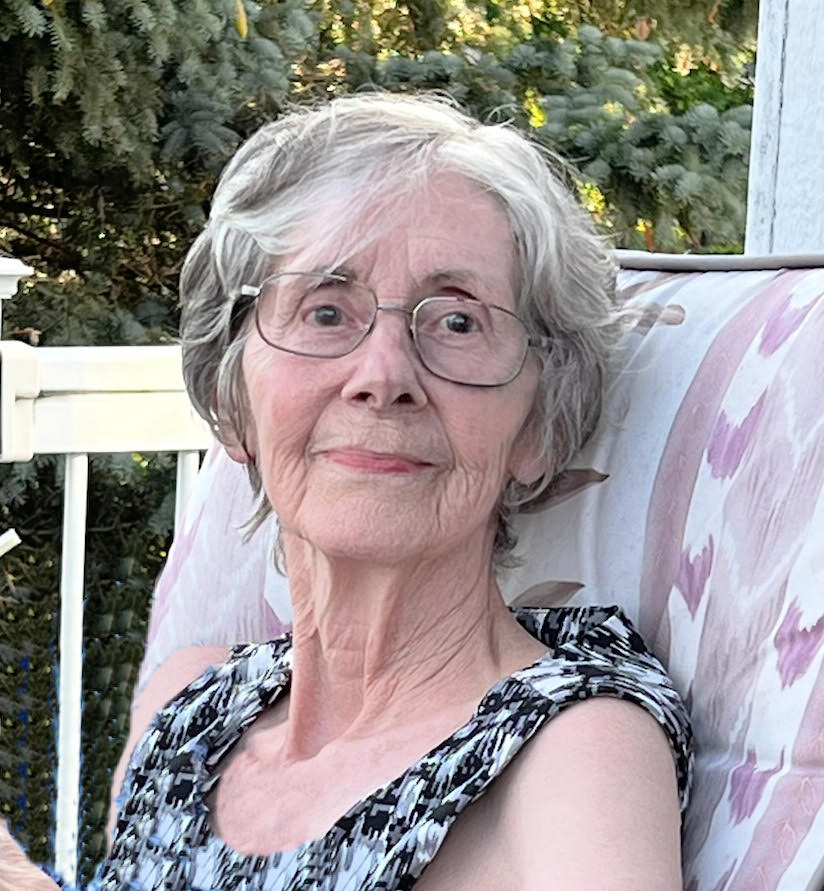 Kathryn Frances (Holcomb) Petersen was born May 17, 1941 in Whittemore, Iowa to Kenneth and Annette (Bestenlehner) Holcomb, the oldest of 7 children. She grew up in Algona, IA graduating from St. Cecelia School.

When Kay was 15 years old, she met a young man named Jerry Petersen at the Algona Roller Skating Rink. She told herself that night, this is the man I’m going to marry and 4 years later, they were married on February 13, 1960. Together they lived in various places: Algona, Coos Bay, Oregon, back to Iowa in Ventura, Clear Lake, Wesley and various places in Waukee, where both she and Jerry retired and lived at the time of her death.  Kay had various jobs throughout her life from a farm wife, waitress, grocery clerk, bartender and cook, U. S. Postal worker, Manager of a convenience store, Head Cook and Print Office Manager of Waukee High School.  But the most beloved job she had was as Mother and Grand-Mother as her favorite part of her life was her family.  She had many talents – she loved to cross-stitch and she put on the most organized garage sales that everyone waited for year after year, was exceptional at finding trinkets and presents that personally matched those she loved, was a remarkably great cook, always made people feel included and loved and could make literally anything look pretty.

Kay loved being a grandmother -from getting down on the floor and playing with them, to teaching them how to bake and cook, to attending their school activities and events and later, being a part of their adult lives.  She adored each and every one of her grandchildren for who they were. Her grandchildren are David Gray, Renee (Sawyer) Merrill, Amanda (Austin) Huff, Riley (James Henaghan) Petersen, Maddie Petersen and Sydnee Pullman.

Kay passed away at home Tuesday, July 26 with her family around her after a brave fight against cancer.  She is survived by her husband, children and grandchildren, brother Bill (Kitty) Holcomb of Algona and sister Cynthia Ellis of Sherman, Texas.  She was preceded in death by her parents, brothers Kenny and Ronnie Holcomb, sisters Pat Lauck and Janet Holcomb.

A family graveside service will be held at East Lawn Cemetery, Algona, IA on Wednesday, August 3, 2022 at 1:00 p.m. followed by a family reception of coffee and desserts at the shelter at North Park .

Kay and the family ask that in lieu of flowers for the graveside service that donations be made to St. Jude Children’s Research Hospital.

Kay Petersen - You were loved and will be missed – every day.

Ernst Funeral & Cremation Services of Waukee has been entrusted with Kay's final arrangements.