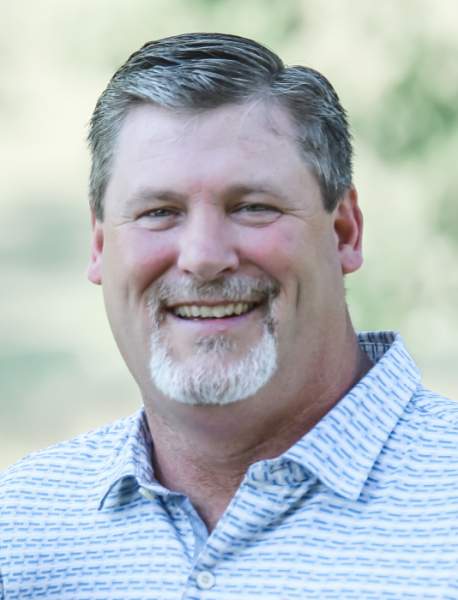 Kevin E. Slaybaugh, who was born to Lodema Pryor Myers and Ronald J. Slaybaugh on June 2, 1970 in Guthrie Center, IA, passed away January 6, 2021 in Des Moines, IA.  Kevin lived in Waukee for the last 25 years and was a faithful member of the Waukee United Methodist Church where he was actively involved in committees and quick to help with anything. His favorite thing about church was visiting with the people and goofing off with the kids.

Kevin grew up in Guthrie Center, IA and Lincoln, NE.  He graduated from Guthrie Center with the Class of 1988. On September 11, 1993, Kevin married Mindi Moreland in Audubon, IA at the Methodist Church.  They moved to Stuart, IA and started their life together. Kevin had such a strong love of the Iowa State Cyclones, sports, hunting, fishing, history facts, politics and just loved people. Kevin was always in everyone’s corner.  He touched so many lives with his strong connection with people and willingness to jump in and help.

Kevin’s love of sports and people led him to starting the Waukee Youth Football Program and organized it for 15 years, which changed the lives of 100’s of boys with the hope of building a football feeder program for the high school. He not only would get a strong connection with the kids involved, but also with the coaches/volunteers and all adults involved.  He also started Mid Iowa Youth Football, which continued the love of football and educating these young men on the importance of teamwork. Everyone loved Kevin because of who he was and how he communicated with people.  Kevin would push the athletes with tough love and had a special heart for kids that needed a little push and a fatherly figure. He did so much good for so many people.

Kevin’s sense of humor was evident in every encounter with people and so many talk about how he would “pick on them” because he liked them.  He made everyone feel that they were special to him. Kevin was never afraid to talk to anyone and make a new friend.  Kevin’s laugh filled the room and filled people’s hearts with joy. He would laugh at anything – even his own jokes!

Kevin loved nature and loved hunting and fishing.  He spread this love to so many others. He loved the farm and felt that the outdoors was where he could find peace. Kevin loved talking about his favorite memories on Grandma Betty’s farm including hunting with his Dad and his next creative project there. He grew up with his hunting buddies, keeping them safe, keeping them happy, and playing Cribbage after hours out hunting for the next big buck. He taught so many young men about the importance of safety of hunting and fishing. All of this, of course, included a lot of fun!  You weren’t ever with Kevin where you didn’t have fun!

Kevin loved his kids, wife and family with such passion. He believed in finding each of his kid’s strengths and push them forward. He role modeled to his children how to be a good husband as they got to experience the joy and love in their parent’s marriage. He literally called them every single day. Kevin was so proud of his life and his family.  He used his past experiences to help others by giving advice, being a listening ear, and making people walk away feeling heard and knowing more.  He made you feel like you mattered no matter what. He built up this powerful group of people and stood by them through everything. His ‘larger than life self’ exemplified true zest and curiosity for living big and giving back. Kevin was so loyal and wise – wise in knowledge of everything including in facts, background of all people, stories, and navigation to everywhere.

Kevin currently worked as an Outside Salesman at City Supply since July of 2019. Before this position, Kevin worked at Midway Industrial for many years and Seneca Industrial prior to that, but had started in agriculture working at Heartland Coop, Baer Ag Supply and West Central Coop.  Kevin believed in working hard and developing relationships with people he worked with and his customers. Kevin was so great at problem solving – thinking of a step-by-step process to create something.

Kevin passed away at Methodist Hospital on January 6, 2021 at the age of 50 years. He was proceeded in death by his father, Ronald Slaybaugh, his grandfather, Walter Slaybaugh, his grandmother, Maryellen Pryor.  He is survived  by his wife, Mindi Slaybaugh and his children: Garrett Wayne Slaybaugh of Guthrie Center, IA (Special Friend, Allie Dorpinghaus), Maci Jo Slaybaugh of Ames, IA (Special Friend, Drew Simon), and Gavin Walter Slaybaugh; his mother, Lodema Pryor Myers (Paul), his grandmother, Betty Slaybaugh, his sister and brother-in-law (and children), Emily Slaybaugh-Forkner and Yancey (Brittany Wood (children: Aydan and Cayson) and Wylie Wood), half-sisters Brea Slaybaugh – Kruse (husband: Brandon and child: Ryker) and Kara Slaybaugh- Coombs (husband: Justin) and their mother, Jann Slaybaugh, his Aunt and Uncle, Don and Cindy Slaybaugh, their children: Justin Slaybaugh and Tabby, (Tegan, Chase and Tessa) Amanda Slaybaugh-Steffensen and Ryan, (Eva, Cora and Mila), his mother and father-in law, Wayne and Norene Moreland, his sister-in laws and brother-in laws (and children), Dave and Shanell Wagler (Trevor and Maddie Heimbaugh and Mitchell Wagler), Mike and Natalie Blackford (Brianna and Becca Blackford), and David and Kim Timmerman (Geneva, Torin, Latimer, and Alida Timmerman) ,  and so many friends.

Visitation hours with viewing will be held Monday, January 11, 2021 from 11:00 a.m. to 6:00 p.m. at Ernst Funeral Home.  Due to the anticipated size of attendance and current capacity restrictions in place, the family will not be present for visitation, but wanted an extended period of time available for Kevin's many friends to be able to pay their final respects. Social Distancing and the use of a personal face covering will be required.  Due to COVID19 restrictions, funeral services will be private.  A public committal service will be held Tuesday, January 12, 2021 at 1:00 p.m. at the Moffitt Grove Cemetery, 160th Road & Pecan Avenue, Yale, Iowa.  Kevin's funeral service will be live-streamed and can be viewed starting on Tuesday, January 12, 2021 at 10:00 a.m. or anytime thereafter at www.facebook.com/ernstfuneralcremation.

To order memorial trees or send flowers to the family in memory of Kevin E Slaybaugh, please visit our flower store.