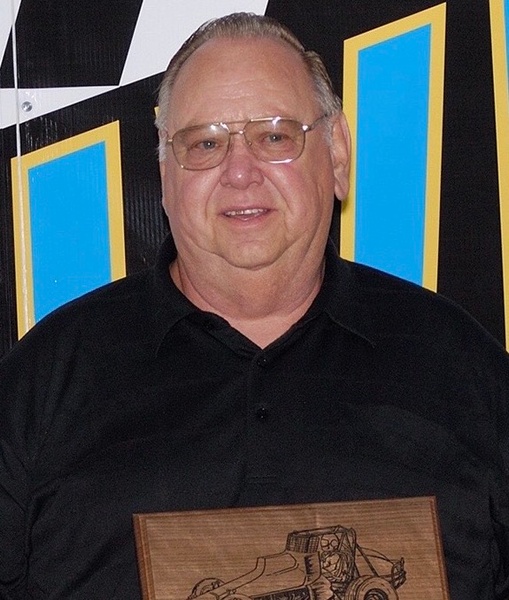 Larry LeRoy Ball, Sr., 78, died Saturday, May 16, 2020 at MercyOne Medical Center in Des Moines after contracting Covid-19.
He leaves his wife of 57 years, Donna (Reed) Ball; his son, Larry Ball, Jr. of Altoona, Iowa; his sister, Emalea Miller of Lawrence, Kansas; his brother, Charles Ball; and many friends.
Raised in Hartford, Iowa, the son of Alva and Edna (Anderson) Ball, he attended Hartford High School.
In his early years, he was a member of the Army National Guard, and was employed at Jake’s Alignment Service in Des Moines. In 1967 he started working as a mechanic at Armstrong Tire and Rubber Company where he remained until his retirement.
He was very passionate about racing. As a young man he raced modifieds. He continued that passion for racing by starting his son in go-karts. With his son, his involvement progressed from karts, to mini-sprints, to sprint cars. He fielded cars from 1985 to 1995 in the 410 division at Knoxville Raceway and other tracks throughout the Midwest under Ball Racing, Inc.. He was fortunate enough to have some of the top drivers in the Midwest drive his race cars. In 2008, he was inducted into the Knoxville Raceway Hall of Fame as a car owner.
He was preceded in death by his father, Alva Ball, his mother Edna (Anderson) Ball, and sister Virginia (Ball) Bright. Given the current circumstances, a celebration of life will be held at a later date. The family suggests that memorial contributions be sent to the Knoxville Raceway Charitable Organization or National Sprint Car Hall of Fame Museum.

To order memorial trees or send flowers to the family in memory of Larry L Ball, Sr., please visit our flower store.