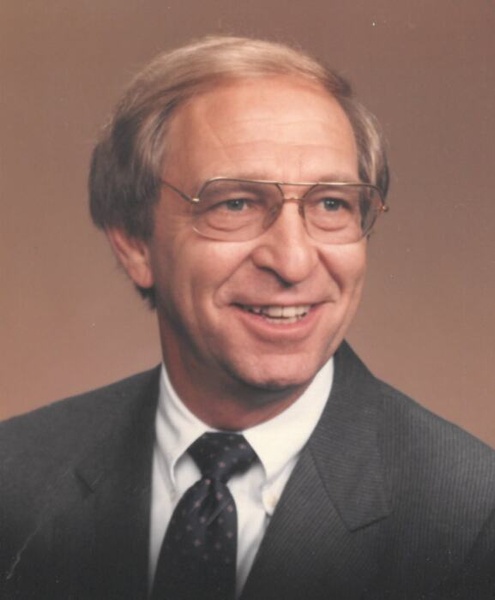 Larry Nothwehr died suddenly Saturday, May 8, 2021 from a ruptured aneurysm at Iowa Methodist Hospital surrounded by his loving family.
Larry was born on a farm September 8, 1935 in Delaware Co., IA; a second son to Minnie and Walter Nothwehr. The family moved to Page County in 1941.
Larry attended school in a one room schoolhouse and after Grade 4, St. Paul's Lutheran School in Yorktown. He graduated from Amity High School in College Springs in 1953 and from Iowa State College in 1957. He taught Vocational Agriculture for three years. He joined Kirkham Michael Consulting Engineers as a marketing rep for 30 years, retiring in 2000.
Larry married Cheral Vollstedt in 1961 and from that union, he has a daughter, Sandra (Brett) Harvey of Blue Springs, MO and two stepchildren, Pamela (Denny) Garvis of Templeton, IA and David Vollstedt of Lakeview.
In 1982 he married Rita Kirk giving him two stepsons, Joe (Kathleen) Kirk and Art Kirk, all of the Des Moines area.
He was an avid reader and loved to travel. He spent two weeks in Minnesota at Woman Lake for many years. He retired to Mesa, AZ for almost 20 years.
Larry was predeceased by his parents. He is survived by his wife Rita, daughter and stepchildren and brother, Bernard (Verna) Nothwehr of Clarinda. He has six grandchildren.
A private family ceremony is planned for June 2, 2021 with a Celebration of Life Service to be announced at a later date. Ernst Funeral & Cremation Services of Waukee has been entrusted with final arrangements.

To order memorial trees or send flowers to the family in memory of Lawrence Nothwehr, please visit our flower store.