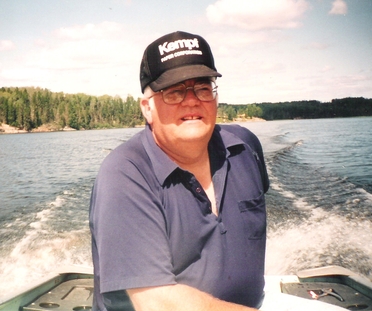 Lewis E. Hansen, 76, who was born on March 18, 1940 passed away peacefully on January 5, 2017 at Kavanagh House in Des Moines, Iowa. Visitation will be held on Monday, January 9, 2017 from 5 to 7 p.m. and a Celebration of Life will be held on Tuesday, January 10, 2017 at 10:30 a.m., both at Immanuel Lutheran Church in Waukee. Inurnment to follow at the Waukee Cemetery. Lewis was born and grew up in Atlantic, IA, and graduated from Atlantic High School in 1958. After graduating he attended Northwest Missouri State University, served proudly in the United States Army as a military policeman, volunteered in his community as a fireman for the cities of Clive and Waukee, and worked as a printer for Advertiser’s Duplicating Service/ADI Group for 38 years.
Lewis married the love of his life Dianne Petersen on June 4, 1966. For over 50 years they enjoyed their children and grandchildren, fishing, picking blueberries, giving squirrels car rides to the park, Lou’s whistling on summer evenings from the porch swing, birdwatching and laughing with family and friends.

The family asks that in lieu of flowers, memorials be made to the Immanuel Lutheran Church Sunday School program or you can take a kid fishing.

To order memorial trees or send flowers to the family in memory of Lewis Elliott Hansen, please visit our flower store.
Send a Sympathy Card