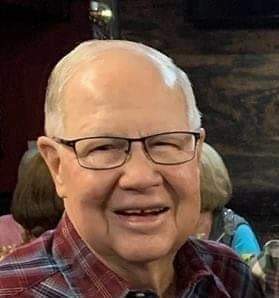 Lloyd Austin Royer, known to many as Babe, returned home to Jesus on the evening of May 27, 2020. Born August 5, 1941, in Phillip, South Dakota, Lloyd was raised on a farm north of town by parents Charles Lloyd and Steena (Helgeson) Royer. He attended a one-room schoolhouse and graduated from Phillip High School in 1959. Lloyd married the love of his life, Margaret Rosetta "Rosi" Fedderson on November 19th, 1960.

Lloyd worked a long and productive career that began with jobs for the state of South Dakota and as a data processor for an insurance company in Watertown, South Dakota. In 1965, he moved with his family to Omaha, Nebraska, then on to Waukee, Iowa, where he spent many years selling for Moore Business Forms. Lloyd established his own firm, Midwest Printing Services and Electronic Publishing Specialties in 1987 and was bought out by Allied Group in 1989. He continued to work for Allied until his retirement in 2000. Even after retirement, Lloyd remained active as a shuttle driver for Toyota and as a golf ranger at area courses. Lloyd and Rosi enjoyed 18 winters in Arizona, fighting a courageous battle with cancer for 16 of those years. They met many special friends and spent time dancing and golfing.

Lloyd is survived by his wife, Rosi, and four siblings; Richard Royer, Merle Royer, Wanyce Hein, and Gary Royer. He is also loved and survived by his descendants: daughter Tamie and husband Kenneth Hopper of Waukee, Iowa; daughter Shari and husband Andrew Davis of Urbandale, Iowa; son Tim and wife Robyn Royer of Waukee, Iowa. He also leaves behind grandkids and great grandkids: Steven and wife Bethany Hopper and their children Sam and Quinn of Grimes, Iowa; Andrew Hopper and his fiancé Emily Butz of Grimes, Iowa; Taylor Royer and sister Regan Royer of Waukee, Iowa. He was preceded in death by his parents and two brothers Charles and Raymond.

His life is celebrated by many other family and friends from the the West Coast to Iowa and all points in between. He never knew a stranger.  Visitation will be held Monday, June 1, 2020 from 11:00 a.m. to 1:00 p.m. at Ernst Funeral Home, Waukee.  Private Services to follow with interment at Waukee Cemetery.  Lloyd's service will be available to live stream on Monday, June 1, 2020 at 1:00 p.m., or watch anytime thereafter, on Ernst Funeral & Cremation Services' Facebook Page.

To order memorial trees or send flowers to the family in memory of Lloyd Austin Royer, please visit our flower store.