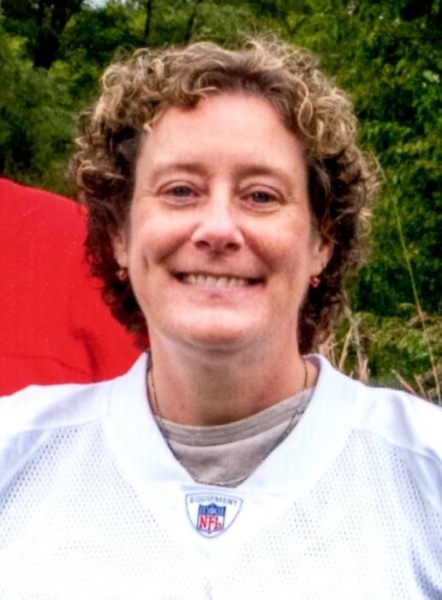 Lori Lynette Behre, who was born on July 12, 1965 in Des Moines, IA to Ronald and Donna (Lingle) McCormick, passed away on January 4, 2019 at Mercy Medical Center in Des Moines, IA.  A memorial visitation gathering will be held Saturday, January 26, 2019 from 11:00 a.m. to 1:00 p.m. at Ernst Funeral Home, Waukee.  A celebration of life will be held on June 30, 2019 with time and place to be announced at a later date.  Memorials may be directed in Lori’s memory to one’s preferred choice Cancer Charity/Organization/Foundation or MOHA (Medical Oncology & Hematology).

Lori attended and graduated Valley H.S. in West Des Moines before taking classes through DMACC for Medical Terminology and Health Insurance.  She earned her Class HIAA Part A certification, held a State of Iowa Insurance License and passed her Property & Casualty Licensing Exam.

Lori worked for Amoco Credit Card Center, Equitable Life HCA, Share, American Administrators and Benefit Administrators in the 1980’s, before settling at Holmes Murphy & Associates in 1992.  Lori retired in 2018 as a designated CISR and AIS.  Lori worked during her first round of breast cancer and decided to retire during her next and final battle.

Lori married the love of her life, Michael Behre, on June 30, 1984 at St. Andrews Episcopal Church in Des Moines, IA.  Her family always came first throughout her life.  Lori was an avid daily reader and could always be found in the kitchen cooking and baking.  She enjoyed scrapbooking, card making, stamping, beading, jewelry making, cake decorating and attending concerts with Michael.

Lori enjoyed staying active with yoga, walking, swimming and riding her indoor recumbent bike.  She and Michael loved traveling and enjoyed spending last year’s anniversary in Saugatuck, MI with family at a lake house, at Niagara Falls in the Tower Hotel overlooking the three falls from the Canadian side and then finally at the Rock & Roll Hall of Fame in Cleveland.  At the time of her passing, Lori was planning an Alaskan Cruise with Michael for their 35th wedding anniversary this upcoming year.

Lori’s smile was addictive and her whole heart was offered equally to everyone she met or knew.  She was a brave and courageous 2-time metastatic breast cancer survivor.  A special thanks goes out to MOHA for the wonderful care she received and helping give her extra time with us all.

To order memorial trees or send flowers to the family in memory of Lori Lynette Behre, please visit our flower store.