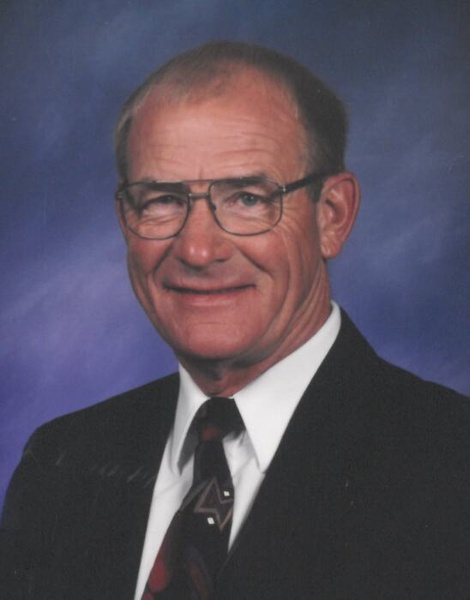 Loyal Koenck, age 84 years and 11 months, of Indianola, Iowa passed away peacefully April 28, 2021 at the VA Community Living Center, Des Moines, Iowa, with family at his side.

Loyal Franklin Koenck was born in Emmet County, Iowa on May 15, 1936 to Emil and Marie(Wiese) Koenck.  He was the 5th of 11 children.  He joined siblings William, Eileen, Robert and Paul.  Later joining their family was Merlyn, Jeanne, Larry, David, Kay and Gail.  He lived on various farms in southern Minnesota,  in Truman, Mapleton and Welcome.

Loyal attended schools in Welcome and Truman, Minnesota.  In 1954-1957, Loyal was enlisted in the U.S. Army and did his basic training at Ft. Leonard Wood, Mo. After basic his order took him to Berlin, Germany where he spent most of his time served.  While in Germany he was promoted to Staff Sergeant.  One of his accomplishments while stationed in Berlin, was building soccer fields.  After his honorable discharge he worked for the Trimont Elevator and met his bride-to-be, Carolyn Weber.  They were married on January 24th, 1959.  Four children were born to this union, Kimberly, Kari, Kurtis and Kolleen.  They also have 8 grandchildren and 17 great-grandchildren.

Loyal was baptized, in 1943, at the same time with six of siblings and his mother at St. Paul’s Lutheran Church, Truman, Minnesota.  He is also a member of Redeemer Lutheran Church, Indianola, Iowa.  Loyal  was a member of the VFW and American Legion.  Golfing, his yard and garden as well as anytime spent with people was his greatest passions, especially the grandkids.

He was preceded in death by his parents, his father and mother-in-law, brothers Bill, Paul, Merlyn. Sisters, Eileen, Jeanne and Gail.

A private memorial service to be held on Friday, May 7th, 2021 at 11:00 am, at Redeemer Lutheran Church,  Indianola Iowa.  Ernst Funeral Home, Waukee, Iowa is handling the arrangements.  Loyal’s internment will be held at a later date in Elm Creek Cemetery, Trimont, Minnesota.  Memorials may be directed to Redeemer Lutheran Church, Alzheimer’s Association or an organization of your choice.

A livestream of the service will be available at www.redeemerindianola.org.

To order memorial trees or send flowers to the family in memory of Loyal F Koenck, please visit our flower store.