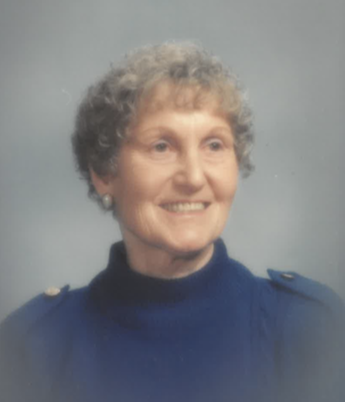 Lucille grew up in the farming community of Rochelle, Illinois.  She attended a one room school house and loved country living.  Though it was unusual for women at that time, she was a successful business woman, owning her own beauty shop that was in the back section of the shoe store owned by her future husband.  Lucille and Thomas Leo Burke Sr. were married in 1936 and spend most of their married life in Waterloo, Iowa.  Tom and Lucille had five children - Thomas Burke Jr (Linda), John Burke (Barbara), Marianne Burke McCoy, Michael Burke (Cathy) and Joseph Burke (Teresa).

At the age of 45, Lucille learned to drive a car; at 50, she learned to swim and at 55, she learned to water ski on the Mississippi River.  At the age of 60, she went on to work for Montgomery Ward and over the course of 8 years, won a number of sales contest awards sponsored by the store.  Lucille was an avid hiker, walking 15-20 miles per week.  She walked daily up until her early 90's and, at the age of 94, could still out walk most people younger than herself.  She was a "trooper" and a role model of fitness for her family.

To order memorial trees or send flowers to the family in memory of Lucille S Burke, please visit our flower store.