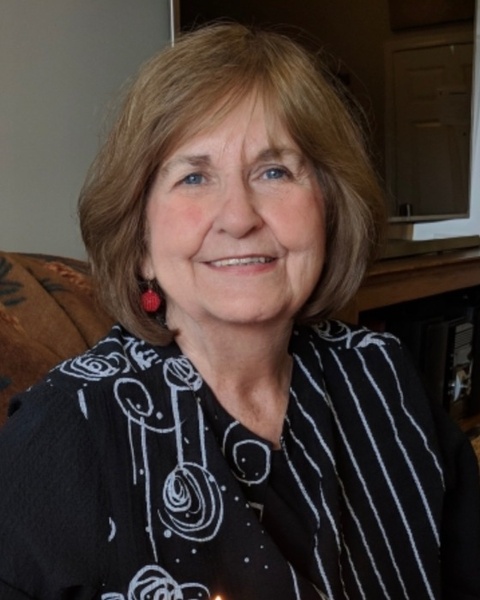 Marjorie Kay Hoehle (Wildman) of Urbandale, Iowa passed away Wednesday, September 15, 2021 of Lung Cancer at the age of 77.

Marjorie Wildman was born on September, 29th in Michigan City, Indiana to Katharyn Jane Schmidt and Harry Jay Wildman.  She was raised along side her sister, Jerry Ann Wildman (Stivers), and younger brother Steven Jay Wildman, both of Iowa City, Iowa.  As a schoolgirl she loved baseball and beat the boys in most any race.  She was beautiful, tough as nails, and always more concerned about those she loved than herself.  Marjorie graduated from the University of Iowa with a Bachelors degree in Recreational Therapy in 1966, and later married Robert Lee Hoehle II on July, 1st 1968 in Iowa City, Iowa.  Together they had two children.    Around 1977 she moved her two sons to Price, Utah where she began her career changing lives, giving every ounce of herself to those who needed her.  Her career started working in support of the chronically mentally ill, but later focused on those with a dual diagnosis of mental illness and substance abuse.  She loved the community, beautiful scenery, and wonderful climate of Eastern Utah.  In 1998 she moved back to Iowa to help raise her Grandkids, working as a highly recognized Advanced Certified Drug and Alcohol Counselor (ACADC).

While Marjorie’s tireless work-ethic and endless empathy for those she served was Award winning, her true calling was to be a Grandmother.  She watched her legacy of littles every Friday with prizes, games, pizza, and a mountain of love.  She never said no to an opportunity to be with her Grandchildren, literally, never.  To be sure, her connection and influence on them will positively impact their lives and the loved ones they’ll meet forever.

Marjorie is survived by her sons Robert Lee Hoehle III, 51, and his wife Erin, 44 of Urbandale, Iowa, and Jerry Jay Hoehle, 48, and his wife Elizabeth, 43, of Waukee, Iowa.  Most importantly her legacy will continue through her ten grandchildren, Whitney, Lindsey, Caleb, Cameron and their Mother Becky Hoehle, Louie, Jazlyn, and their Mother LaDawn Gersdorf, Mia, Reese, and their Mother Elizabeth Hoehle, and her newest passions Kenna, Paxton, and their Mother Erin Hoehle.  Marjorie leaves behind her Sister Jerry Ann, and husband Keith Stivers, and her Brother Steve Wildman and his wife Ginny.  She also leaves a positive influence for her Niece and Nephews, Steve, Joel, Bill, Tina and all their wonderful children.  Marjorie was preceded in death by her Father Harry Jay Wildman, and her Mother Katharyn Jane Wildman of Clinton, Iowa.

A Memorial Celebration will be held in Marjorie’s honor on her birthday September 29th, 2021 at Ernst Funeral and Cremation Services in Waukee, Iowa at 2:00 pm.  Donations can be made by paying it forward whenever possible and a few more times when you think you can’t.  We need more people like Marjorie.  Empathy is everything.

To order memorial trees or send flowers to the family in memory of Marjorie Hoehle, please visit our flower store.