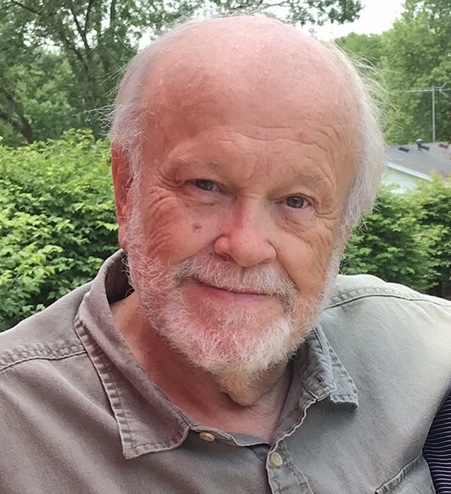 Mark Louis Deterding, who was born to Louis and Marilyn (Hubrecht) Deterding on January 9, 1947 in Higginsville, Missouri, passed away surrounded by his loving family on Thursday, September 23, 2021 at his home in Waukee.
Visitation will be held Monday, September 27, 2021 from 5:00 to 7:00 p.m. at Ernst Funeral Home, Waukee.  Funeral Services will be held Tuesday, September 28, 2021 at 11:00 a.m. at Lutheran Church of Hope (West Des Moines Campus) with fellowship luncheon to follow.  Interment at Glendale Cemetery, Des Moines.  Mark's service will be live-streamed and can be viewed via: https://hopeonline.tv/specialevents
Mark was a serviceman for the Des Moines Water Works Department where he retired from after 35 years of dedicated service.  Mark married the love of his life, Sheila Martin, on April 9, 1967 at the Gloria Dei Lutheran Church in Urbandale.
Mark enjoyed watching and rooting for the New York Yankees.  He was a self-described music buff, which could be seen by the numerous car rides he and Sheila would take around the area listening to music.  He especially enjoyed playing "Shelia" by Tommy Roe, whenever the two were together.
Mark was a "numbers guy" that was evident by his interest and talent in the stock market.  He and Sheila enjoyed taking spur of the moment little getaways around the Midwest.  He enjoyed treating his family to dinners out, watching his grandchildren's baseball games, but most of all, he just adored his family and the moments spent together.
Mark is survived by his loving wife Sheila; son Ron (Heather) Deterding of Georgia; daughter Donnette (Rick) Orey of Indianola; grandchildren Chance Cretsinger, Dallas Cretsinger, Reagan Orey, Drake Orey, Dustin Deterding, Cody Deterding and Michaela Walker; great-grandchildren Dustin Deterding, Tucker Walker, Theron Walker   and Mikyanna Walker and sister Marcia DiGeorge.  He was preceded in death by his parents.
Memorials may be directed in Mark's memory to UnityPoint Home Hospice Services.

To order memorial trees or send flowers to the family in memory of Mark Deterding, please visit our flower store.
Send a Sympathy Card