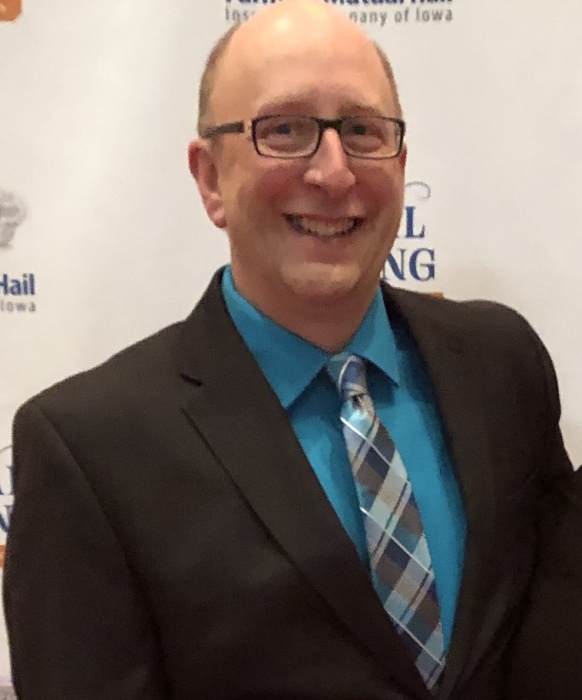 Mark Alan Vetter, who was born on November 8, 1966 in DeWitt, Iowa to Tom and Margaret (Hamilton) Vetter, passed away at the age of 53 on Sunday, June 28, 2020 at Iowa Methodist Medical Center in Des Moines, Iowa

Visitation will be held Wednesday, July 1, 2020 from 4:00 to 7:00 p.m. at Ernst Funeral Home, Waukee.  Masks are requested while attending visitation.  Private Funeral Services will be held at St. Boniface Catholic Church, Waukee.  Interment to follow at the Waukee Cemetery.  Mark's service will be live streamed starting at 11:00 a.m. on Thursday, July 2, 2020 and can be viewed then or anytime thereafter at Ernst Funeral & Cremation Services' Facebook Page. (www.facebook.com/ernstfuneralcremation)

Mark graduated from Calamus High School before attending and graduating from Simpson College with a BA in History and International Management.  On October 3, 1992, he went on to marry the love of his life, Janelle Joanne Schrader in DeWitt, Iowa.  Mark spent the last 15 years working for Farmers Mutual Hail, most recently as their Assistant Vice President of Business Intelligence.  He had previously worked  for Hartford Insurance.

Mark was an avid sports fan.  He loved rooting on the Iowa Hawkeyes, Minnesota Vikings and Los Angeles Dodgers.  He played baseball in high school and went on to play during college as well.  Most recently he was involved with a local softball league.  He enjoyed watching sports on television, playing fantasy leagues and even coaching his daughters' basketball and soccer teams when they were younger.  He treasured his time spent with his wife and two daughters; which included yearly family trips and attending his daughter's many activities.

To order memorial trees or send flowers to the family in memory of Mark Alan Vetter, please visit our flower store.
Send a Sympathy Card