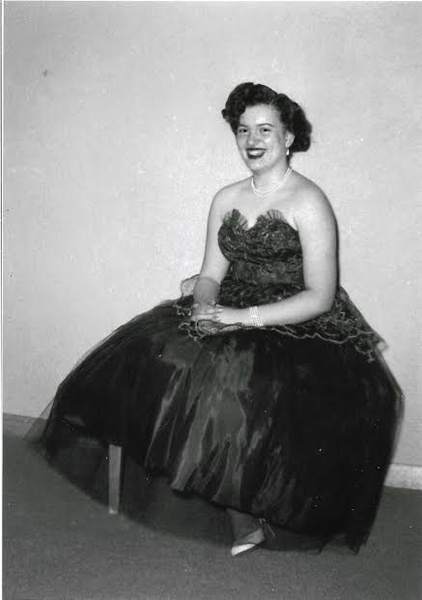 Marlyn Elaine Dash Thompson, 80, passed peacefully in her sleep at Suburban Woods Health
& Rehabilitation Center in Norristown, Pennsylvania. Marlyn was born on June 20, 1938, to Carl
Dash and Margaret Wilson, at Broadlawns Hospital. Marlyn was raised in Norwalk, Iowa, and
married James D. Thompson on July 1, 1955, in Des Moines, Iowa, by her Uncle Russell
Edwards, justice of the peace. Marlyn's marriage ended in divorce with James in 1994.
Private memorial services were held on May 29, 2019, at the Farmer's Daughter Bar &
Restaurant at Normandy Farms, Blue Bell, Pennsylvania.  Private Interment at the Waukee Cemetery.
Marlyn enjoyed cooking, decorating special wedding cakes for family and friends. At the
Waukee Christian Church, where she attended in her younger years, she was a deaconess,
youth Sunday School teacher, and active in the CWF. Each year she enjoyed making divinity for
the fall annual Waukee Christian Church Bazaar. Even though Marilyn had not gone to church
for many years, she still felt the joy to go home to be with Jesus.
The joy of Marlyn's life was taking her eldest son Jeff, where they went to small engine parts
stores for his 4-H projects at the Dallas County 4-H Fair. Marlyn's middle son, Kevin, where she
enjoyed attending his football games at Waukee High School, especially with Kevin on the
football field on parents night. Marlyn and his youngest son Alan enjoyed getting supplies for his
4-H refinishing projects. Most of all she enjoyed baking with their grandchildren, Melanie,
Amber, and Eugene. Making Christmas cookies was her favorite time of the year with her young
grandchildren
Marlyn’s siblings are Annette Dash, Carline (Shwe La) Win, and brother Larry (Sunny) Dash,
along with her two sons Jeffery (Pam) Thompson, and Alan (Serene) Thompsons. The mother
of her granddaughters, Cathy Sapp Thompson Phillips. In addition to her grandchildren, Melanie
(Clint) Ruggles, Amber (Johnath) Reeves, and Eugene Thompson. Lastly, three great
grandchildren Sam, Alice, and Thomas Ruggles.
Marlyn was preceded in death by her parents, Carl and Margaret Dash, her brother Robert
Dash, the father of her children, James D. Thompson, and her son, Kevin Thompson.
Memorial Contribution can be made to Agape Pregnancy Center, 2550 Martin Luther King Jr
Pkwy, Des Moines, Iowa 50310. As well as the Waukee Christian Church 29043 T Ave,
Waukee, Iowa 50263.

To order memorial trees or send flowers to the family in memory of Marlyn E. Thompson, please visit our flower store.