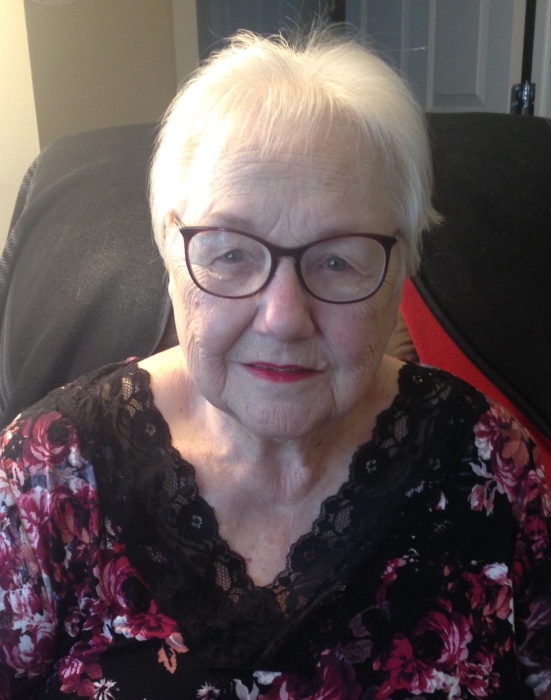 Mary Rose Biondic Scarpino of Waukee passed away on December 20.  Mary was born to Mile “Mike” and Anna Biondic of Moran, Iowa on April 18, 1931.  She graduated from Woodward High School as Salutatorian and secretary of the class of 1948.  Mary worked at Meredith Publishing Company for over 8 years as Secretary to the Advertising Director and Vice President.  She left Meredith to accept a position as legal secretary for Deere & Company’s Government Affairs office.  Mary retired from Deere in 1992 after 32 years of service.
Mary was a social person and enjoyed family, friends, bowling, playing bridge, bingo, dancing and calligraphy.  She also spent 10 years helping with funeral dinners at St. Theresa’s Catholic Church in Des Moines where she was a long-standing member.
Mary thoroughly enjoyed a trip to Yugoslavia which she took with her sisters and their husbands in 1989 to visit the homeland of her parents.  Some of Mary’s relatives still lived there at that time.  Mary and Ed made many trips to Dallas, Los Angeles, San Francisco, and Dayton to visit their son and his family in these locations.
Mary was preceded in death by her husband, Ed, as well as her parents, Mike and Anna Biondic.  She is survived by her daughter, Janel (Frank) Marcovis of Waukee, and son, Steve Scarpino of Houston, Texas, four grandchildren, Karen (Malcolm) Goodwin, Mike Marcovis, Jeff Marcovis and Luke Scarpino, and three great-grandchildren, Jackson Marcovis, Sloane Goodwin and Reese Goodwin.  Mary is also survived by two sisters, Kathryn Shay of Branson, Missouri, and Delores (Jerry) Davisson of Waukee.
An interment ceremony for immediate family will take place on Friday, December 27, 2019 at 11:00 a.m. at the Iowa Veterans Cemetery in Adel.  A visitation gathering for family and friends will begin at 12:00 noon followed by a memorial service at 1:00 p.m. with a dessert reception to follow, all at Ernst Funeral Home, Waukee.
The family wishes to thank the many health care providers who cared for Mary through the years.  In lieu of flowers, contributions can be made to either the American Heart Association or the American Diabetes Association.

To order memorial trees or send flowers to the family in memory of Mary Rose Scarpino, please visit our flower store.
Send a Sympathy Card