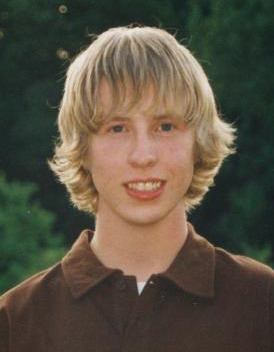 Matthew Mark Davis was born to Mark and Angel Davis on November 10, 1985 in Des Moines, IA.  After a battle with cancer he went home to his Lord much too soon, passing peacefully on October 27, 2020 at Mercy Hospice in Johnston, IA with his wife Christina and immediate family by his side.

Matthew grew up in Waukee, IA after the family moved there in the fall of 1992.  He attended elementary through high school in Waukee and graduated from Waukee High School in 2004.  He attended Northwest Missouri State University in Maryville, MO for a while where he met the love of his life Christina.  They became best friends as well as sweethearts and married October 17, 2009.  They lived in Columbia, MO for a time before moving to West Des Moines, IA.

Matthew worked for Hy-Vee Food Stores through high school and for some years afterward.  He also worked with his dad for a while until the family business closed at the end of 2012.  Matthew then went to work for Nationwide Insurance in Des Moines as a Processor where he remained through his final days.

Matthew had a deep love for his wife Christina, and they enjoyed many of the same things like NHL Hockey, video games, Iowa and Penn State Football, and movies.  He and Christina led a beautiful simple life and spent their time doing many of those things they enjoyed together. He adapted to Christina’s love of cats. Both Joe and Sidney loved him and will miss him dearly. Matthew also cherished memories of childhood family gatherings around the holidays, trading bad puns and jokes with his dad and brother and eating his favorite foods such as chili, chicken fingers and pizza.

Matthew was one of the kindest, sweetest and most respectful persons you could meet.  He never wanted to inconvenience others, always thinking of them first.  He leaves a huge hole in our hearts; we miss him dearly but rejoice that he is now fully healed in heaven with Jesus.

Matthew is survived by his wife Christina (Marsh) Davis of West Des Moines, IA; his parents Mark and Angel Davis of Johnston, IA; his parents-in-law Fred and Debi Marsh of Eugene, MO; his brother and sister-in-law Christopher and Sarah Davis of Des Moines, IA; his sister-in-law Carrie Marsh of Eldon, MO; his grandparents Dean and Jane Day of Altoona, IA; and numerous aunts, uncles, nieces, nephews and cousins.  He was preceded in death by his maternal grandparents Bert and Elsie Manning of Winterset, IA and his paternal grandfather William C. Davis of Des Moines, IA.

Visitation will be held Friday, October 30, 2020 from 10:00 a.m. to noon at Ernst Funeral Home, Waukee (use of personal face masks and physical distancing requested).  Private Services will be held with interment to follow at Waukee Cemetery.  A public reception will be held at the Harvest Bible Chapel at 408 East 1st Street, Grimes, Iowa starting at 1:30 p.m. on Friday following interment.  Matt's service will be live-streamed and can be viewed starting at 12:00 noon on Friday or anytime thereafter at: www.facebook.com/ernstfuneralcremation.  In lieu of flowers, memorials may me be directed to Matt's wife, Christina Davis.

May the God of hope fill you with all joy and peace as you trust in him, so that you may overflow with hope by the power of the Holy Spirit. Romans 15:13

To order memorial trees or send flowers to the family in memory of Matthew Mark Davis, please visit our flower store.
Send a Sympathy Card