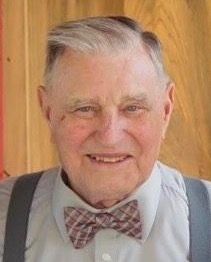 Paul H. Eberlein, 96, passed away peacefully at the Des Moines VA Medical Center on July 3, 2021. Paul was born October 3, 1924 to Paul and Agnes Eberlein in Hamburg, Germany, coming to the United States in 1928 and settling in Ossining, NY. Putting his high school education on hold, he enlisted and served as a gunner’s mate first class in the U.S. Coast Guard in WWII. He participated in conflicts in the South Pacific aboard the Sterope at Bougainville, Emirau, Guam, Guadalcanal and Munda. Following his honorable discharge, he graduated from Ossining High School.

Paul worked as a carpenter and also served in the Merchant Marine during the Korean Conflict. He retired from the Ossining School District.

Paul was predeceased by his wife of 61 years, Elizabeth Crisfield and sisters Jeannette Saathoff and Anne McKeon. He is survived by his sister Marilyn Kayser, daughters Paula (Ken) Wheeler and Ginny (Joe) Morales, grandsons Evan Wheeler (Tina Hillman), Greg (Krystle) Diaz, and Lorenzo (Candace) Morales; great-grandsons Joseph and Ayden and numerous nieces and nephews, who lovingly called him Uncle Dede. His good humor and kindness to others was extraordinary and his love for his country and the Lord unwavering. He was a faithful friend and an inspiration to many and will be sorely missed.

Services will be announced at a later date with interment to follow at the Iowa Veteran’s Cemetery outside of Van Meter, IA. Memorials may be directed to St. Jude Children’s Research Hospital. To leave condolences, visit www.ErnstFuneralHome.com.

To order memorial trees or send flowers to the family in memory of Paul Eberlein, please visit our flower store.
Send a Sympathy Card