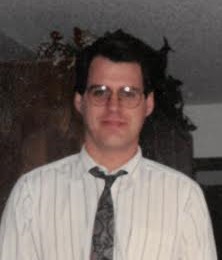 Paul was born and raised in Atlantic, IA.  After graduating from the Atlantic High School in 1983, he continued his studies at Northwest Missouri State in Maryville.  After college, Paul went on to marry Wende Shires and from this union two children, Joey and Jenny, were born.

Paul is survived by his son Joey of Van Meter; daughter Jenny of Van Meter; brother Chris (Cristie) Shepperd; sister Cindy Shepperd; nephews Nick, Mitch and Mikhail and numerous aunts, uncles and cousins.  He was preceded in death by his parents.

To order memorial trees or send flowers to the family in memory of Paul Edward Shepperd, please visit our flower store.
Send a Sympathy Card