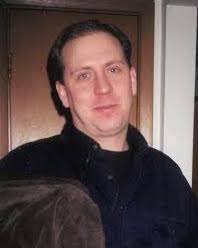 Todd graduated from Waukee High School in 1988 and continued his education at DMACC in Ankeny.  He resided most of his life in Waukee before moving to Winterset.  Todd worked for RR Donnelley until their closure and most recently Bomgaars.  He enjoyed spending time outdoors and in nature and supporting the Izaak Walton League as a member.  He loved playing golf, hunting, watching the Chicago Bears and rooting for his favorite team, the Notre Dame Fighting Irish.

Todd is survived by his parents Dick and Judy Applegate of Waukee; grandmother Beverly Downard of Waukee; companion Tammy Gowin of Winterset and numerous aunts, uncles, relatives and friends.  He was preceded in death by his grandparents Rex Downard and Cliff and Alene Applegate.

Memorials and Cards of Sympathy may be directed to the family, c/o Ernst Funeral Home, PO Box 986, Waukee, IA 50263.

Due to current COVID-19 regulations, memorial services will be held at a later date.

To order memorial trees or send flowers to the family in memory of Richard Todd Applegate, please visit our flower store.