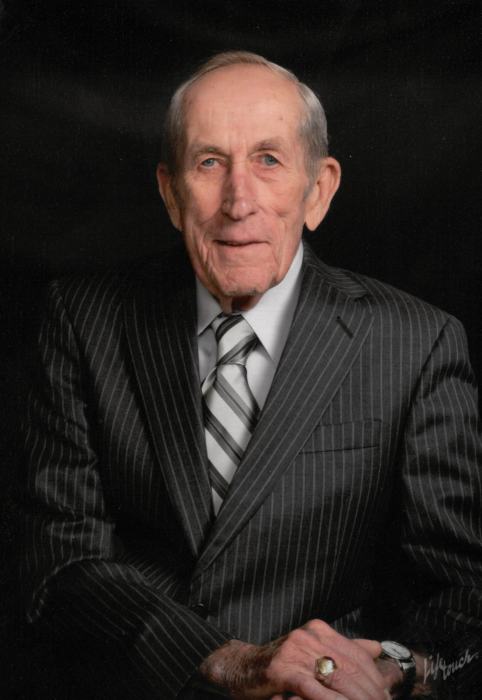 Richard "Dick" John Hagemeier was born February 25, 1937 to John Carl F. and Bertha Marie (Hackert) Hagemeier, the youngest of seven children.  He was baptized at home into St. Paul Lutheran Church (Soap Creek) and confirmed April 1950.  He was raised on the family farm west of Pickrell, Nebraska and attended country school through 8th grade and then attended Beatrice High School graduating in 1954.  Richard put himself through college at the University of Nebraska-Lincoln.  He was a member of Alpha Gamma Rho fraternity, inducted into the Innocence Society, and joined the Army ROTC.  He graduated from UNL in August 1958 with a Bachelor of Science in Agriculture degree and a minor in chemistry.

In January 1959 Richard became an active member of the United States Army, was selected for helicopter flight school and earned his rotary wings in April 1960.   He married Phyllis Stokebrand, the daughter of Edwin and Freida Stokebrand, on July 3, 1960 in DeWitt, Nebraska.  Richard was then stationed at Ft. Louis, Washington with the 4th Infantry Division, Strategic Army Command.  His duties included being an instructor pilot while Phyllis taught school on the base.  He was discharged from active duty as a 1st Lieutenant in April 1962 but remained in the reserves until he was honorably discharged in September 1964.

Following his discharge, Richard joined Farmers National as a farm manager moving to Ida Grove in 1963, where he and Phyllis made their permanent home and raised their three children.  Richard became a partner in G & M Farm Service in 1972 eventually becoming sole owner in early 1977.   He quietly retired in 2013.

Richard is survived by his wife, Phyllis; two daughters Teresa and Jami; son Rick and daughter-in-law Kristina; grandchildren Annika, Nathan, and Kristian; and nieces and nephews.

In lieu of flowers, memorials may be made in Richard's memory to the Ida Grove Volunteer Ambulance Service, 701 East 2nd Street, Ida Grove, IA 51445.

To order memorial trees or send flowers to the family in memory of Richard "Dick" John Hagemeier, please visit our flower store.