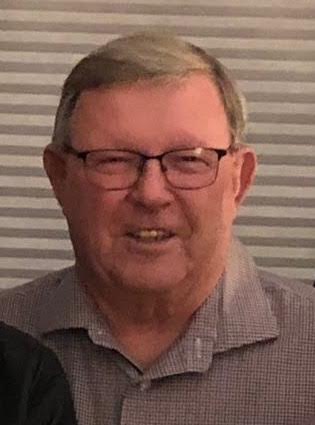 Roger Wayne Lee, 74 years of age, passed away on Thursday, February 14 at Mercy Medical Center West Lakes in West Des Moines, Iowa. Roger was born on February 7, 1945 in Buffalo, New York to the late Russell and Ione Lee. After graduating from Missouri Valley High School, he spent two years serving in the Army. Roger worked as a Regional Manager traveling the Midwest for DuBois Chemicals for nearly 30 years.

Roger married the love of his life, Joyce (Brightwell), on February 14, 1970 at Zion Lutheran Church in Arcadia, Iowa. Together they raised two children, Todd and Micki, of whom they are very proud. Todd is married to Amy (Ragaller) and they have three children, Owen (16), Ella (14) and Abby (12). Micki is married to Chad Schumacher and they are parents of twins Luke and Katelyn (14).

Roger enjoyed carpentry, playing golf, watching sports, and engaging in lively debates. Summers were spent at the lake where days began at sunrise pulling skiers on flat water and ended by him grilling his renowned ribs with a Miller Lite in hand. More than anything else, Roger loved spending time with his family. With his inseparable wife at his side, one of his greatest joys in life was watching his children and grandchildren participate in activities which included football, basketball, baseball, volleyball, band and choir concerts, soccer, softball, and show choir.

In addition to his immediate family, Roger is survived by two sisters, Darla (Larry Fent) and Terri (Roger Groth); a brother-in-law, Bob Brightwell (Karen); a sister-in-law Gayle Miller; and all of his very special nieces and nephews. He was preceded in death by his parents; Joyce’s parents Dean and Arleen Brightwell; brother Jack Lee; sister Rosemary Wood; brother-in-law Dave Miller; and three nephews.

In lieu of flowers, the family requests memorial contributions be directed to the American Heart Association.

To order memorial trees or send flowers to the family in memory of Roger Wayne Lee, please visit our flower store.
Send a Sympathy Card