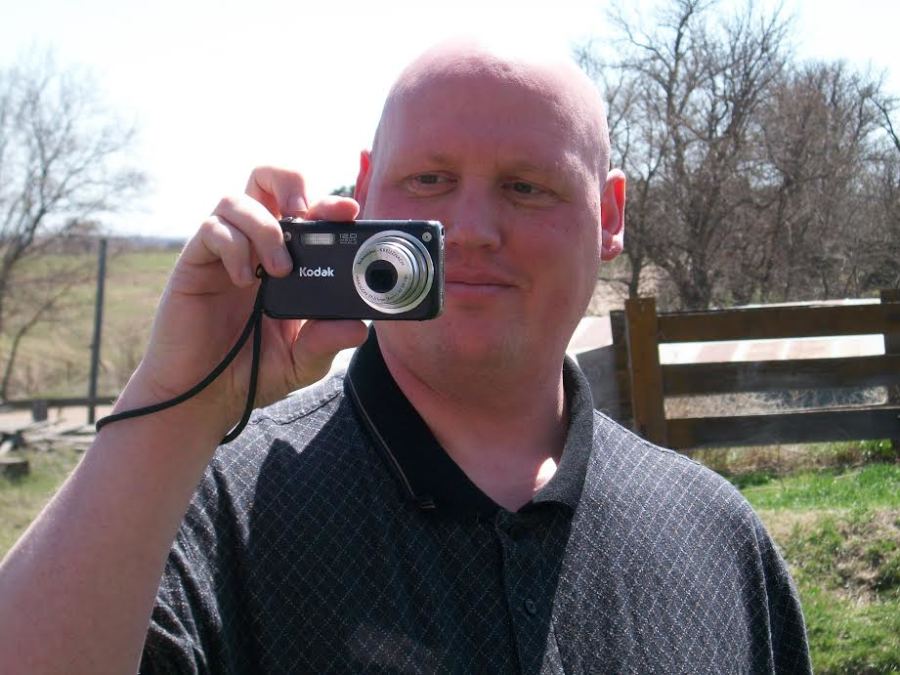 Sam Christopher Graham passed away on December 1, 2019 at his home in Waukee, Iowa.

Sam was a beloved brother who helped to raise two younger siblings, Joe and Sara. He was born March 6, 1966, in Portland, Oregon. He lived there until February 1976 when his family of 5 packed up and moved to Ketchikan, Alaska.

He loved writing and studying music in his younger years and also harbored an incredible work ethic.  When Sam was 12 years old he began a paper route for the Ketchikan Daily News. He delivered papers there for a couple of seasons. He saved his own money and told his mother he would be traveling alone to visit his grandparents. His mom said she would buy the ticket. He told her, “Never mind, I’ve already taken care of that.” Hence we begin to see the signs of a truly independent soul.

By the time he hit high school, Sam had various part time jobs at the local radio stations. He went on the air for KRBD when he was just 15 years old and then landed a position on KTKN am radio that same year. He continued to DJ and report the news until he was 19 years, when he decided to leave town and migrate first to Albany, Oregon, then to Grand Forks, North Dakota after graduating Ketchikan High in 1984.

In Grand Forks, he worked for a cable company, wrote for more than one local newspaper, and was also a D.J. for a couple of radio stations. Ultimately, he moved to the Des Moines, IA area where he would settle down and spend the rest of his life.

Sam had ambitions for a career in radio, but eventually grew tired of the pattern of acquisitions by larger media companies where they would buy a station and lay off the staff. He began a side job where he built and sold websites for other people and small businesses. He built Turner Network Television’s Monster Vision website for strange horror trivia facts.

In 1993. He met the love of his life, Darlene Johnson. They married a couple of years later and had no children, just the kitties. They often made weekend road trips, enjoyed hunting down old school drive in theaters and exploring many wide open spaces. They ate out during these times which gave Sam the ideas for his online blog, TESG Blogspot.com where Sam’s Lunchtime social became a popular way to track the good, bad, and humorous service and menus items of the fast food circuit in America.

He was an avid Kiss fan, attending 16 concerts, and attended probably more than 100 concerts of rock bands, pop bands, and choirs across the country in his time on Earth.

He worked at iWireless – a mobile service company in Iowa, for 20 years, where he served as their Billing Administrator. He would also represent iWireless in court when they were asked to testify over the accuracy of phone records and satellite location pings.

Darlene preceded him in death, having beaten cancer, but suffering heart failure in 2008. He was also preceded in death by his parents, Judy (Mourer) Graham and Richard Graham. He is survived by his sister, Sara and brother, Joe, both of Ketchikan; his nieces Carley, of Ketchikan and Hillary (Granger) of Rexburg, ID; his Aunts and Uncles: Kathy (Mourer) and Ike Bay, of Portland, OR; Jeanine and Leo Blackstone of Superior, NE and Carolyn and Delton Graham of Springdale, AR.

To order memorial trees or send flowers to the family in memory of Sam Christopher Graham, please visit our flower store.
Send a Sympathy Card