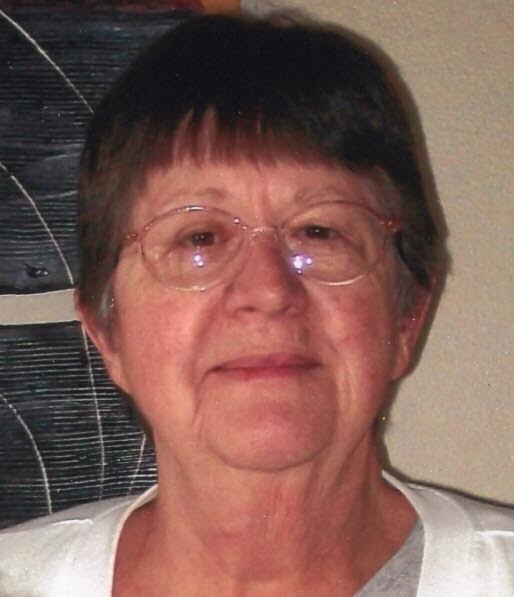 Sara Jean Aldrich, 79, passed away peacefully on May 1st, 2019, at Spurgeon Manor in Dallas Center.  A memorial service will be held at 11:00 am on Tuesday, May 7th, at the Waukee Christian Church with interment to follow at the Waukee Cemetery.  Visitation will be held one hour prior to the service.

Sara J. (Hendricks) Aldrich was born in Madison County on January 19th, 1940, to Otto Hendricks and Lois (Wood) Hendricks.  She graduated from Winterset High School in 1958. Sara attended the University of Iowa for a short time before marrying Jon T. Aldrich of Waukee on October 7th, 1961, in Winterset.  They began their married life together in Des Moines before moving to Waukee (290 Waukee Ave) in 1970 to raise their 3 children. Sara was a resident of Waukee for 47 years before moving to Dallas Center.

Sara was a stay-at-home mom and babysitter for quite some time.  She was employed by the Wittern Group and Selectivend for many years, and later worked for the Waukee School District in the food service area.  She was a member of the Waukee Christian Church, Madison County Genealogy Society and the Phi Tau Omega Nu Sorority. Sara enjoyed flea markets, casinos, reading, spending time with her family and girlfriends and genealogy.  In her retirement, she spent a great deal of time tracking lineage and would often help friends with their research as well. Sara also enjoyed sewing, knitting and crocheting.

Those left behind to cherish her memory include two sons, Cris Aldrich of Dunedin, FL, and Steve Aldrich of Adel, IA; daughter, Diana Haynes (Mike) of Dallas Center, IA; four grandsons, Tom Aldrich, Sam Aldrich, Andy Haynes and Blake Haynes, and numerous in-laws, cousins, nieces and nephews.  She was preceded in death by her parents; her husband, Jon, in 1994; sister, Vernita Haines, in 1997; and most recently, daughter-in-law, Janell Aldrich, in March.

Memorial contributions may be made to the Waukee First Responders, Roy R Estle Memorial Library in Dallas Center or the Madison County Historical Society in Winterset.

The family would like to thank the loving, caring staff at Spurgeon Manor for taking care of Sara for the past few years.

To order memorial trees or send flowers to the family in memory of Sara Jean Aldrich, please visit our flower store.