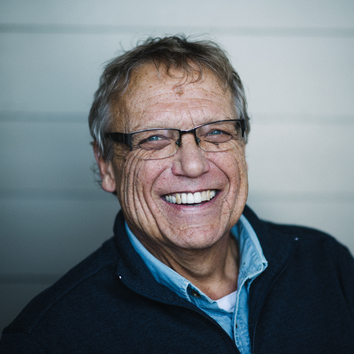 Steven Wayne Hoogeveen, age 63, died peacefully in his home surrounded by family on November 27, 2017, after a two-year fight with gastric cancer. He is survived by his parents, Stan and Clara; the wife he cherished for 43 years, Connie (Kelderman); three children whom he dearly loved, Anne (Dan) Jasper, Laurie (Sean) Covington, and John (Erika), 14 grandchildren, and three of his siblings Linda (Terry) Zylstra, Phil (Barb), and Mike. He is preceded in death by his stillborn son David and his sister Carol (Wes) Van Wyk.

Steve found joy and wonder in God’s creation and loved to spend time kayaking, hiking through the woods, and sitting by the fire, whether down in the park he made behind the house or by the wood burning stove in the living room, and camping with his family. He took pleasure in being out in nature and shared his wonder of creation with his children and grandchildren.

Steve lived a life in service to others. He enjoyed little more than seeing others succeed both in his personal life with his wife and children and in his professional life at Iowa Paint Manufacturing and then PPG Industries.

Most everything Steve did, he did with conviction and purpose, from simply putting something in its proper place, perhaps more forcefully than needed, to casting a vision for the church or his department at work. He would put you at ease with his kindness and laughter but would say what he felt needed to be said. He valued people and was able to make people feel valued. He also had a way of responding to people that communicated both agreement with what they were saying and the fact that he already knew whatever it was by saying, “correct,” a mannerism that his family never hesitated to point out, and which he laughed about too.
Steve lived a life full of joy and laughter, and he leaves behind many who will miss him dearly.
Services will be held at Westview Church in Waukee, IA. Visitation will be Thursday, November 30, 2017 from 5 to 7 p.m.; with Funeral Services being held Friday, December 1, 2017 at 10:30 a.m., both at Westview Church, 1155 SE Boone, Waukee, IA.

To order memorial trees or send flowers to the family in memory of Steven Wayne Hoogeveen, please visit our flower store.
Send a Sympathy Card