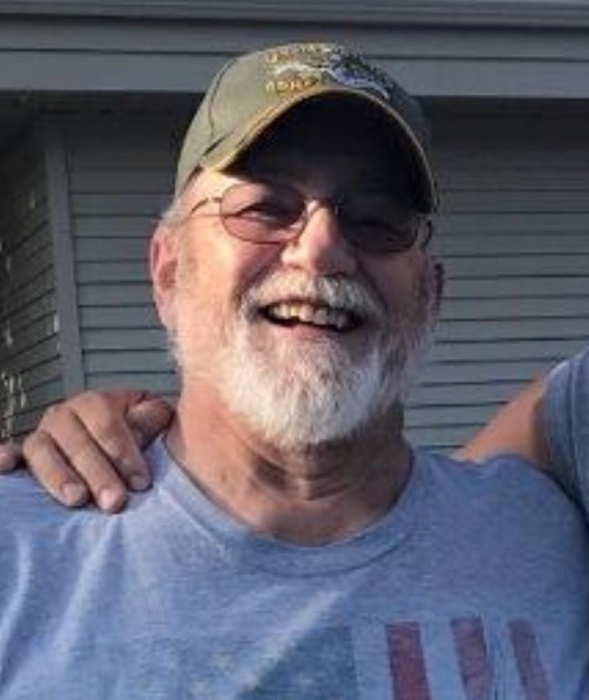 
Steven "Jake" Jakobitz, while holding the hand of his beloved wife of 55 years Gail (Geltle) Jakobitz and surrounded by his children, peacefully returned to his heavenly home on August 3, 2021.
After marrying the love of his life and best friend on October 14, 1967, Steve and Gail had three children: Lisa (Bill) Ross, Lorie (Chad) Wosmek and Douglas (Stephanie Anderson) Jakobitz. His children blessed them with nine grandchildren and three great-grandchildren.
Steven spent time as a custodian in the Northfield, MN and New Prague, MN School Districts, along with various jobs in the construction industry which included: Lester's Inc., Quality Wood Treatment and Lampert's Lumber. Steve was known and loved by all who came in contact with him. Known for his quick wit and humor, Steve could light up a room and leave everyone rolling with laughter. He would often joke that Gail had "robbed the cradle" when she married him because she was a FULL 12 days older than he was. Other "Steve-isms" were: "you haven't even hung up, and I miss you already" or when asked how he was doing, he'd say "so much better now that I have a chance to hear your voice." He was always quick to laugh and joke, but also quick to let you know what you meant to him.
Steve served his country in the Army National Guard where he met his next best friend and partner in crime, Mel Schwartz. One of my favorite memories with both of them was getting the crowd fired up on karaoke night singing "Friends in Low Places" and "Elvira".
Steve loved his Donna Fargo 8 track, his time spent hunting in "northern" Minnesota with his daughter Lorie and her family, as well as getting after the walleyes with his son Doug and a wonderful group of guys (Larry, Duane, Dahlke, Flem and Gooter) every year on Lake of the Woods in northern Minnesota. Steve also loved hearing about the various events his grandkids were involved in that included track, tractor pulls, trap shooting, soccer, volleyball and many more.
He will be greatly missed by all of the new and wonderful friends that he met at their new apartment at Attivo Trail in Waukee, IA, where "Jake" and Gail moved to in 2020 to be closest to their youngest grandchildren. They moved down to this area to be near family, and it turned out that they gained many more "family members".
Steve is survived by his wife of 55 years Gail (Geltle) Jakobitz; daughters Lisa (Bill) Ross and Lorie (Chad) Wosmek and son Douglas (Stephanie Anderson) Jakobitz; nine grandchildren: Jonathon Diepold, Candace Bielke and Sierra (Bielke) (Mike) Becker, Nathaniel and Gavin Wosmek, Kyra, Zack and Maelyn Jakobitz and Kyler Anderson and his three great-grandchildren: Kaiden Deraad (Sierra), Savannah Becker (Sierra) and Brynlee Diepold (Jonathon). Steve is also survived by his brother Ross (Paula) Jakobitz; sister Helen Young and several brothers-in-law, sisters-in-law and nieces and nephews.
Steve was preceded in death by his parents Glendon and Margaret (Fischer) Jakobitz, brother Roger Jakobitz, brothers-in law: George Geltle, Roger Horstmann and Keith Muenchow and sister-in law Geraldine Schwarze.
In lieu of flowers and monetary gifts, please direct donations to cancer research at Mayo Clinic in Rochester, MN in memory of Steve.

A celebration of life memorial service will be held Thursday, October 14, 2021 at 10:30 a.m. at Lutheran Church of Hope (Chapel), 925 Jordan Creek Pkwy, West Des Moines with a luncheon reception to follow. Steve's service will be available to live-stream and can be accessed at: https://hopeonline.tv/specialevents

Ernst Funeral & Cremation Services of Waukee has been entrusted with Steven's final arrangements.

To order memorial trees or send flowers to the family in memory of Steven "Jake" Jakobitz, please visit our flower store.
Send a Sympathy Card