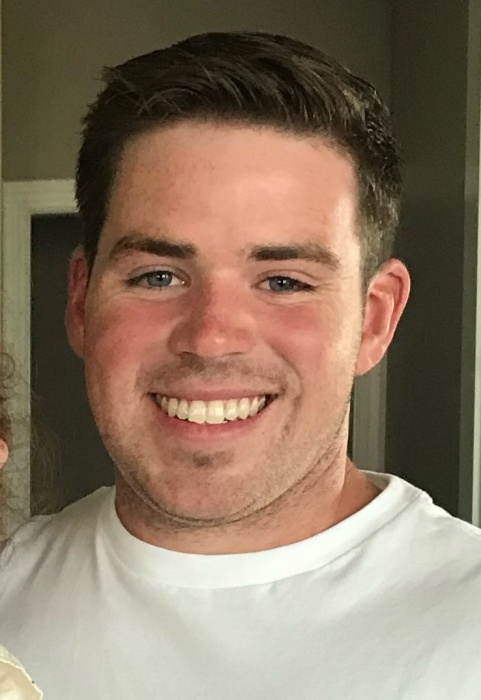 Taylor kept his family on their toes since day one.  He was bright, energetic and the nicest kid you would ever meet.  He carried these traits into his adult life.  Taylor knew no strangers.  His friendliness and energy were infectious and this made him excellent at his work; which was reflected in the fact that he was the top salesman at biBERK, a Berkshire Hathaway Co., since day one.  He was more than his job; he was a wonderful son, brother, father, grandson and friend.

"Taylor and I enjoyed many rounds of golf and good conversations.  Taylor never failed to tell his family he loved them.”  –  his parents Lisa and Brian Jansen.

“My memories of Taylor include always being funny, witty, and kind towards others.  Our time together were special to me and is very much cherished.  I love and miss you so much, my son.”  –  his father David Abbott and step-mother Larissa Abbott.  (Psalm 147:3)

“I’m thankful for the memories of him from being on the farm with Papaw and Mamaw.”  –  his paternal grandmother Shirley Abbott.

“Taylor, Tot, taught me throughout his life a lot about laughter.  He would be the first one to crack a joke when you were down, although they weren’t always funny (he would disagree with this) but he had pure hearted intentions.  We had so many inside jokes that were uniquely ours.  He understood the importance of family and although there is an irreplaceable hole left in our hearts, I know being together and supporting one another is what he would want.”  –  his sister Kayla (Abbott) Hanono.

“Taylor was a brother, leader, friend, father and so much more.  My best friend who I looked up to more than anyone.  He was someone people could rely on.  I’m relying on seeing him again someday, love you bud.”  –  his brother Logan Abbott.

“Taylor was not just my brother, he was so much more.  He was my best friend, my role model and my mentor.  He helped me decipher right from wrong, how to forgive, how to love unconditionally and understand that nothing is more important than family.  Without him, there will be a hole in our family that will never be filled.  He will live on in our hearts, our memories and through his beautiful daughter.” – his brother Brandon Abbott.

“We loved whenever he called. He was always funny and patient listening to our stories.”  –  his half-sisters Amanda and Isabella Abbott.

“I love my daddy very much.  We had tickle fights, water balloon fights and even paint fights.  He’s my best friend and my angel.”  –  his beautiful daughter Natalie Abbott.

“Taylor was my everything.  He made me feel like I can be my true self with him.  He accepted me for me and was an amazing best friend, fiancé and father.  We had goals and dreams and were able to achieve some.  He will forever be my person.”  –  his fiancé Norma Cruz Rodriguez.

Maternal grandparents Ron and Priscilla (Schaefer) Eklund have been a constant in Taylor’s life and loved him unconditionally as well as uncles Chris and Jon Eklund.

A memorial service with a celebration of life will be held Thursday, August 19, 2021 at 5:00 p.m. at Ernst Funeral Home in Waukee, IA.  An open reception will follow for friends and family.

Ernst Funeral & Cremation Services of Waukee has been entrusted with Taylor's final arrangements.  Memorials may be directed to: Adult & Teen Challenge of the Midlands. (www.tcmid.org).

To order memorial trees or send flowers to the family in memory of Taylor Abbott, please visit our flower store.
Send a Sympathy Card