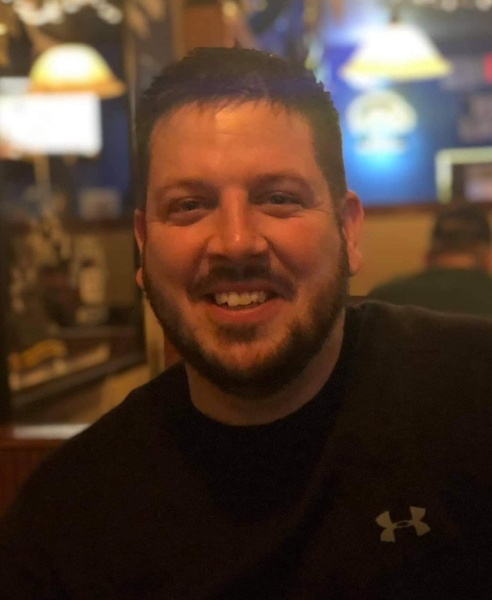 Thomas Francis Kennedy, who was born to Rich Kennedy and Susan (Devlin) Castillo on March 22, 1984 in Brooklyn, New York, passed away at the age of 36 on August 29, 2020 in rural Dallas County, Iowa.

Thomas served in the Iowa National Guard 168 Charlie Company out of Ft. Dodge, IA.  In 2010, he was deployed and served in Operation Enduring Freedom which earned him a Purple Heart and began his involvement with the Wounded Warrior Project.  Tom was a member of IBEW Local 347 and was employed with Waldinger Corp. as a Low Voltage Electrician.

Tom’s biggest joy and accomplishment was the birth of his son Major.  Tom called his pride and joy “My Little Man” and “My Dude”.  When not spending time with his son, he was also an avid gamer.  No matter what the situation was, Tom always had a smile on his face.  He was a true patriot and would go out of his way to help his brother in arms or anyone whom called upon him.

Visitation is scheduled for Sunday, September 13, 2020 from 2:00 p.m. to 7:00 p.m. at Ernst Funeral Home, Waukee.  Personal face masks are requested along with adhering to physical distancing measures.  Services will be private and will be live streamed starting at 11:00 a.m. on Monday, September 14, 2020 and can be viewed then or anytime thereafter at: www.facebook.com/ernstfuneralcremation.  Tom will be laid to rest at Iowa Veterans Cemetery in Adel, Iowa.

I only got to have you for a short time, but I loved every second of it.  I’m so happy I got to experience my first airplane ride and trip to Florida with you, Rachel, and the boys.  I had so much fun chasing lizards, seeing dolphins, and playing in the pool with you.  I’m going to miss going on fun adventures with you. I will miss riding in your truck, sitting on your motorcycle, eating all the snacks at your house, and most of all you.  I know I can no longer see you with my eyes or touch you with my hands, but I know you will be kept alive in my heart. I have and always will be so proud that you are my daddy.  I love you the mostest of the mostest.

To order memorial trees or send flowers to the family in memory of Thomas Francis Kennedy, please visit our flower store.