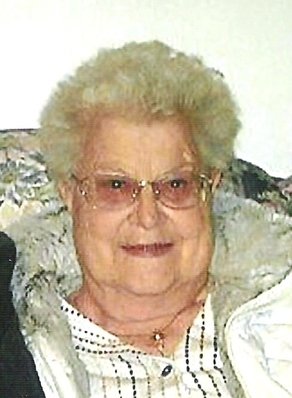 Vivian Wilson, 89, who was born on May 4, 1927 in Des Moines, IA to Edgar and Hazel Llewellyn, passed away at home on December 27, 2016. Visitation will be held Thursday (Today), December 29, 2016 from 5 to 7 p.m. at Ernst Funeral Home. Funeral Services will be held Friday, December 30, 2016 at 10:00 a.m. at the Waukee Christian Church. Interment to follow at the Waukee Cemetery. Vivian grew up on the family farm 1 1/2 miles West of Waukee. After graduating from the Waukee High School, she went on to attend Drake University where she was a member of the Alpha Xi Delta sorority. In 1947, Vivian married the love of her life, Howard Wilson at the Waukee Christian Church. Vivian worked at Living History Farms for a number of years. Howard and Vivian moved to Littleton, CO in 1957 and remained there until returning to Waukee in 1975.Vivian was extremely active in her community and church. She was a longtime member of the Waukee Christian Church. She helped found the Waukee Area Christian Food Pantry, where she volunteered countless hours. She was a member of the Iowa Questers Group, VFW Auxillary and a number of other civic and church groups. Waukee honored her for her dedicated community work with Citizen of the Year in 2011. She enjoyed ceramics, growing flowers and antiques. She loved cooking, especially during the holiday season, when her family had a hard time getting her out of the kitchen. Vivian is survived by her husband Howard; sons Ted (Bonnie) Wilson and Brian (Sue) Wilson; grandchildren Jason, Chris and Matt Wilson and Kelsey, Mallory and Connor Wilson; six great-grandchildren and a sister-in-law Kathryn Llewellyn. She was preceded in death by her parents and brother John Llewellyn.
Memorials can be directed to the Waukee Area Christian Food Pantry in Vivian's memory.
To order memorial trees or send flowers to the family in memory of Vivian May Wilson, please visit our flower store.
Send a Sympathy Card